The Independent News
Home News No, Bitcoins Are Not Investments

No, Bitcoins Are Not Investments 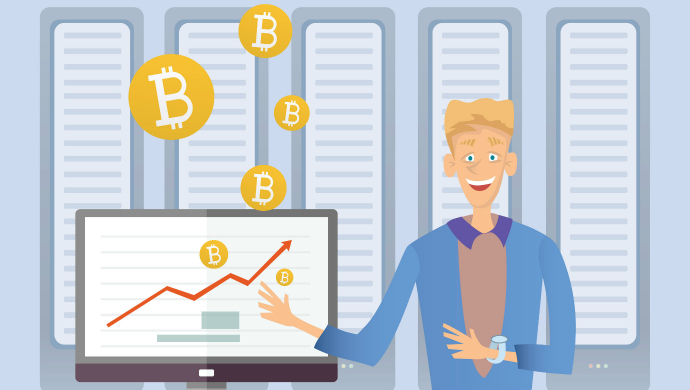 The whole world is buzzing about bitcoins and ICOs. After all, there are thousands of stories about how someone made 100x return by “investing” in the latest coin offerings. However, we want our readers to clearly understand something about bitcoins. Bitcoins are not investments. Buying bitcoins, while potentially lucrative, is akin to gambling, like buying lotteries or rolling a dice on a craps table. Here, we explain the key difference in investing and buying bitcoins, in hopes that our readers will make a more conscientious choice should they want to participate in the latest ICO.

Story of investing in canned fish

There is a very famous folklore in the investing world about people who trade canned fish instead of stocks. In this alternative world, everyone was busy furiously buying and selling canned sardines, and getting rich while at it. One man decided to buy a truckload of canned fish for himself to make some money, and stored them in his garage until he was able to find a buyer. One day, this man became hungry, so he opened one of the fish containers he had recently purchased. To his surprise, the can was filled with rotten fish. Angry, he called his seller to complain. His seller merely responded, “Those aren’t eating sardines, they are TRADING sardines”.

This story highlights the essential difference between investing in gambling. A gambler pays for things in hopes of making more money by some chance. This would be equivalent to buying cans of rotten fish in hopes that someone would not open them before buying them from you at a higher price for some reason. An investor, on the other hand, assesses the value of an asset, and attempts to underpay for it in order to make a margin. In our earlier example, one could research typical shelf life of canned sardines, the manufactured date of the ones he may buy, whether the manufacturer is a reliable producer of good quality canned fish products, and what people would be willing to pay to eat a can of sardines. If research shows that a particular can of fish is edible and people are willing to pay S$2 to consume it, an investor should try to buy it for under S$2 to make a profit.

While it’s possible to handsomely profit from both gambling and investing, gambling is only about odds and investing is about both odds and value. If you kept making or losing money on roulette, it would be difficult for you to determine whether to keep playing or stop other than being driven by your instincts like greed or fear. In investing, this decision is fairly simple: if the market value is below (or above) your thorough assessment of an asset’s fair value, you buy (or sell). Of course, there is some level of chance at play in investing, but there is a clear decision tree that is logical and methodical. It’s difficult to argue that gambling has the same rigor in its process.

To assess whether bitcoin is an investment, we have to first understand what bitcoin is, and what drives its value. Bitcoin is a particular form of digital ledger called “blockchain” that is used to store a growing list of records. By assigning an artificial monetary value on this piece of record, bitcoin became a form of money that is known as cryptocurrency today.

The reason why buying bitcoin is not investing is because there’s no fundamental way of assessing what it should be worth. Sure, its value is “determined” by supply and demand, and it can be used as a form of currency. However, unlike money, bitcoin lacks a legitimate, formidable and convincing authority (i.e. governments) that guarantees its value. Unlike gold or real estate, bitcoin actually doesn’t actually have a real use case. In a sense, bitcoins are actually quite akin to tulips during the tulip mania in the 1600’s. Without a real use case or government guarantee, tulips were worth a lot of money at some point because people thought it was valuable, and very little when people thought it wasn’t. As of now, a bitcoin’s worth is also entirely dependent on whatever someone is willing to pay you for it, without any other measure of its value.

Given this, to “invest” in bitcoin means you believe that another person will pay more than what you are willing to pay for it. In the investing world, people call it the “greater fool” theory: you buy something believing you can sell it at its peak value because someone who is dumber than you will pay that price believing they can find someone who is dumber than them. The problem, however, is that there is no “intelligence” involved when every player operates with this mentality. Rather, luck and mob mentality is the only factors deciding whether you profit or incur losses from your “investments.”

There are other issues around bitcoin that are worth discussing. First, it actually has some real potential in terms of becoming a highly valuable technology, or even currency. As a decentralized, public record of every transaction that occurs, it is possibly way more secure form of currency than any other in existence. One of the most optimistic scenarios would be that some governments decide to select them as commonly accepted currency in their countries.

However, even if this were true, you may end up losing most of your “investments” in bitcoins. Even if bitcoins and blockchain technology evolves sufficiently enough to make it a viable option for a robust basis of an economy, how would you know which one out of dozens of cryptocurrencies gets selected to be the official one? What happens to the ones that don’t get selected? And what if governments regulate the value of cryptocurrencies down to a minimal level? These are some questions that are impossible to answer now but one must answer in order to assess the value of bitcoins.

In conclusion, there’s really one question you should be asking yourself when investing in an asset. Would you be willing to take out a loan to double down on your investments if it declines in value by 50% or more? If you have enough confidence in your research assessment to do so, it would be safe to call it an investment. Otherwise, you are probably gambling with your money.

The article No, Bitcoins Are Not Investments originally appeared on ValuePenguin.