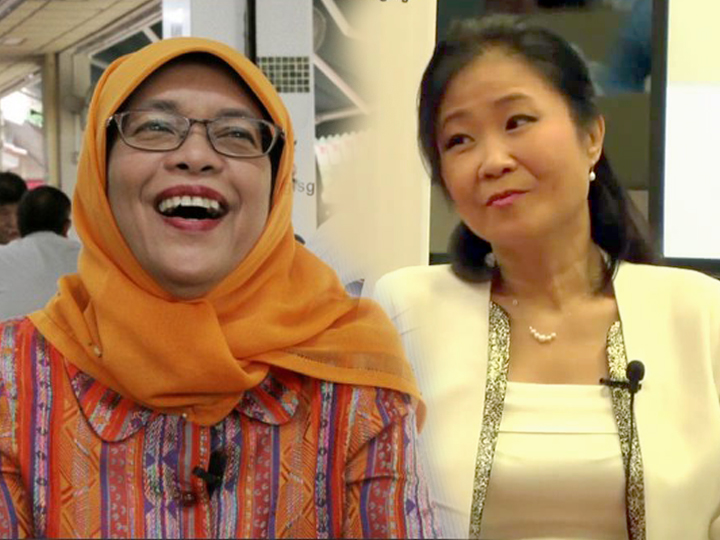 Halimah Yacob unveiled her “Do Good, Do Together” slogan in anticipation of the upcoming presidential election which she hopes to contest, at a press briefing yesterday.

Chia Yong Yong is perhaps one of the most recognizable members of Halimah’s campaign team. The NMP made headlines for her speech in parliament where she indicated that ‘CPF is not your money.’

Singapore’s first wheelchair-bound parliamentarian opposed giving CPF members greater flexibility of choice in the use of CPF savings, during the Budget Debate in March 2015:

“We have heard proponents who say that the CPF monies is theirs. ‘It’s our money, it’s in our account, it’s our retirement money. I want it out, I will spend it anyway we want.” Fine. Is it our money? Our CPF savings are enhanced and forced CPF savings which are accumulated through our own deferred consumption, through co-payment by our employers and through top-ups from public funds. Is it really my private money? Do I have the right to spend it the way I would spend my own salary? I’m not entirely sure…”

Former NMP Calvin Cheng was one prominent voice that criticised Chia’s speech then:

The ensuing public outrage that arose after Chia’s speech was so notable that Minister Tan Chuan Jin had to assure Singaporeans a year later that CPF savings are their money.

Halimah Yacob who was Speaker of Parliament then has since vacated her seat and her elected role as minority Member of Parliament to contest the upcoming presidential election which has been reserved for candidates from the Malay community.

https://theindependent.sg.sg/voters-find-it-difficult-to-relate-to-halimahs-do-good-do-together-campaign/Follow us on Social Media