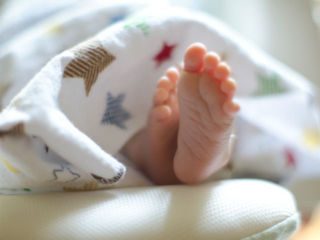 The TODAY newspaper reported that a newborn baby was found dead in the first floor toilet of Tampines MRT station on Friday (June 3) afternoon.
A 75-year-old cleaner found the body of the newborn baby in a red plastic bag in the rubbish bin of the train station’s toilet at about 1.30pm. The station staff immediately called the Singapore Civil Defence Force (SCDF). The baby was pronounced dead by the paramedics from SCDF who arrived at the scene of the incident at around 1.50pm. TODAY reported a body bag being carried out from the toilet at about 4pm.
According to Twitter user William, the area remained cordoned-off for police investigations at 5.05pm.

The cleaner first cleared out the rubbish from the same toilet at about 7am today and did not notice anything unusual at that time. Follow us on Social Media