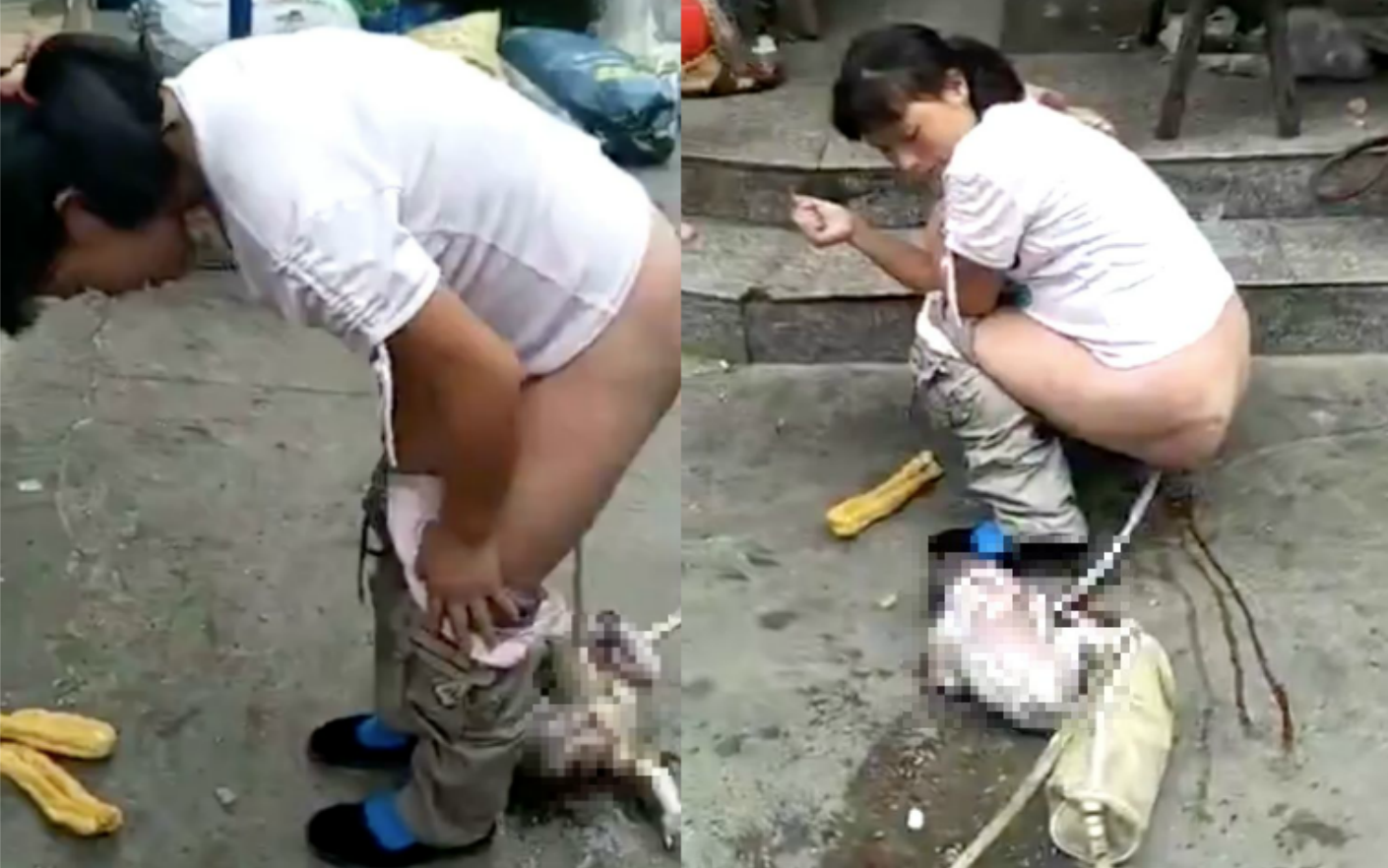 A shocking video went viral yesterday (25 September) in China featuring a woman went through a whirlwind natural childbirth while out grocery shopping. This is the second such public delivery in China that went viral this month alone.

The incident took place in a wet market in Le’an, Jiangxi, where a pregnant woman was seen pulling her pants down and letting her baby fall to the pavement.

Loud screams could be heard in the video as some elderly women presumably offered words of help to the pregnant woman who suddenly went into labour on the street. Some were also urging her to pull down her pants faster.

Shortly after, a loud cry came from the newborn who rapidly slipped out and fell to the ground.

The woman was then seen squatting with the umbilical cord still attached to the baby who was squirming around in a pool of blood and amniotic fluid.

The onlookers were heard shouting, “hurry, hurry, the baby’s gonna die! The cord’s strangling the neck!” However, all seemed reluctant to lend a hand.

Only 30 seconds later, a kind soul placed a rice sack for the woman to sit on.

The mother then shifted her purse away from the mess of newborn in a mixture of fluids. While the baby struggling helplessly on the concrete, a woman from the crowd took out a packet of tissues.

Soon after, an elderly woman, Mdm Huang, who was reportedly experienced with birth-giving stepped forward to lay the baby on a cardboard and wrapped it with a piece of clothing.

According to Kankanews, Mdm Huang later cut off the umbilical cord and cleaned the child with her clothing while waiting for medical personnel to arrive the scene. She then accompanied the mother and newborn to the hospital for kind assistance, before proceeding to buy milk powder and clothes for them.

The woman is reported has given birth to two daughters before. The newborn baby has been reported to be safe and healthy, weighing 3.8kg.

This is (at least) the second time a similar episode has taken place in China, this month. Early in September, a Guangdong woman was caught on camera delivering her baby while out grocery shopping as well, but with more composure.

When an ambulance arrived, the woman declined to hop inside and instead, walked home nonchalantly with a bag of groceries in one hand and the newborn in the other.

WOMAN GIVES BIRTH IN MIDDLE OF THE STREET

This woman in China is STRONG AF