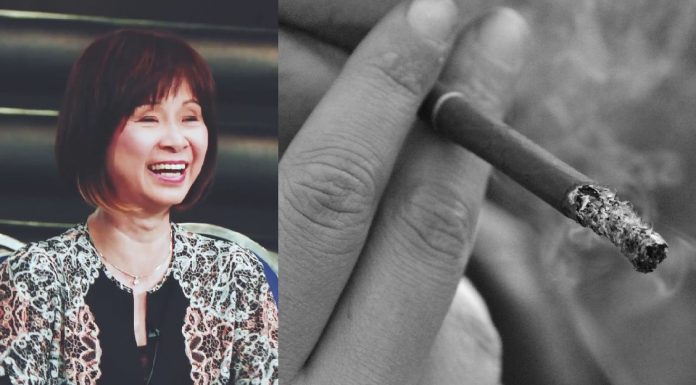 Parliament passed a new Bill to amend the Smoking (Prohibition in Certain Places) Act yesterday, which empowers National Environment Agency (NEA) officers to enter smoking-prohibited places even if they are private premises in order to investigate smoking-related offences.

Officers currently have to obtain permission to enter private premises but the new bill will allow them to enter any smoking prohibited place to enforce relevant anti-smoking laws.

Explaining that some owners of private premises hinder investigations by refusing entry to investigating officers, Senior Minister of State for the Environment and Water Resources Dr Amy Khor said in Parliament:

“NEA can invoke the power of entry at all reasonable times, such as the operating hours of the place, or at any time if there is reasonable belief that an offence under the Act has been committed there.”

Under the amendment, NEA officers are also empowered to seize audio, visual and physical evidence from smoking-prohibited premises in order to prosecute suspected breaches.

Dr Khor, however, claims that restrictions will be implemented to prevent officers from abusing their power.

Authorised officers, for example, cannot make forcible entry into a private premise. Dr Khor also reassured that officers can only enter private premises without warrant for the purposes of enforcing the laws under the Act.

Further, Dr Khor said that authorised officers can only confiscate materials related to the suspected offence and that only the officer directly involved in the investigation will have access to the evidence.

The amendment that allows NEA officers to enter private premises without warrant and enforce anti-smoking laws comes after an amendment to the Films Act was passed in Parliament this March, empowering Info-communications Media Development Authority (IMDA) officers to enter, search and seize evidence without a warrant for “serious offences”.

This particular amendment would legally allow the police to enter and inspect any private premise, without a warrant, and examine any film or advertisement found in the premises. The search may include an inspection of personal items like phones, computers, laptops, tablets or memory storage drives. Any films that are found to be unlawful may be disposed or seized by enforcement officers.

While NEA officers can now only enter private premises without a warrant, some MPs have asked whether more could be done to prohibit smoking in homes.

Nee Soon GRC MP Louis Ng pointed out that children of smokers are more susceptible to picking up the habit, while Fengshan MP Cheryl Chan said that a mother in her constituency had to keep her windows closed to protect her children from inhaling second-hand smoke from a neighbour who smokes.

Dr Khor acknowledged that indiscriminate smoking is distressing and urged smokers to be considerate to their neighbours, but noted: “Not everyone will support the view that the Government should intrude into one’s private space when it comes to smoking.”

NEW PENALTIES FOR THOSE WHO ABUSE OFFICERS

Under the new bill, those who are found guilty of physically or verbally abusing enforcement officers will now face a maximum fine S$2,000 for the first offence and a fine of up to S$5,000, and/or a maximum of three-months’ jail for repeat offenders.

These new provisions accompany the regulations under the current Environment Public Health Act that sees those found guilty of obstructing or hindering an authorised officer from carrying out his duties facing a maximum fine of S$5,000 for first-time offenders. Repeat offenders face a maximum S$10,000 fine, and/or up to three months’ jail.

Dr Khor said: “These amendments aim to deter uncooperative smokers from hindering the agency’s enforcement efforts, and underscores our firm stance against abusive and uncivil behaviour.”

Further, the changes could see the NEA extending smoking bans to more parts of Singapore. This possible extension may be implemented after the authorities study whether such a ban would work in Orchard Road.

While the smoking ban at Orchard was supposed to go into effect on 1 July, it was postponed to a later date that is yet to be announced after storeowners along the shopping belt asked for more time to make the necessary preparations.

It is illegal to smoke at any publicly accessible place, like uncovered footpaths and pedestrian crossings, at such No-Smoking Zones. The penalties for unlawful smoking in these areas are similar to those enforced in other smoking-prohibited places.

Those caught smoking unlawfully in prohibited places face a composition sum of S$200, or up to S$1,000 if they are found guilty in court.

https://theindependent.sg.sg/proposed-amendment-to-films-act-will-allow-the-police-to-search-your-home-without-a-warrant/Follow us on Social Media

Monkey breaks into NTU dorm and bares its teeth at residents

Singapore — A video clip of a monkey that had broken into an NTU dorm room was posted online on Thursday (Oct 21). In the short clip, shared on popular Facebook page @Shioksg, the monkey could be seen on the...
Read more

Singapore  — Who's to blame for  Singapore's "stalled" recovery from Covid-19? Why, it's the fault of some 100,000 senior citizens whoi are holding out and...
Read more

Video surfaces: Sylvia Chan says a guy she dated was seeing another girl when they took a break

Singapore — In light of allegations against Night Owl Cinematics (NOC) co-founder Sylvia Chan, about the mistreatment of her employees, videos from her podcast...
Read more

Singapore — Critics of the government, politicians as well as netizens,  have been quick to chime in with their disapproval of its latest decision...
Read more

Mother of man killed by father-in-law asks for monthly rent and $500,000 in damages