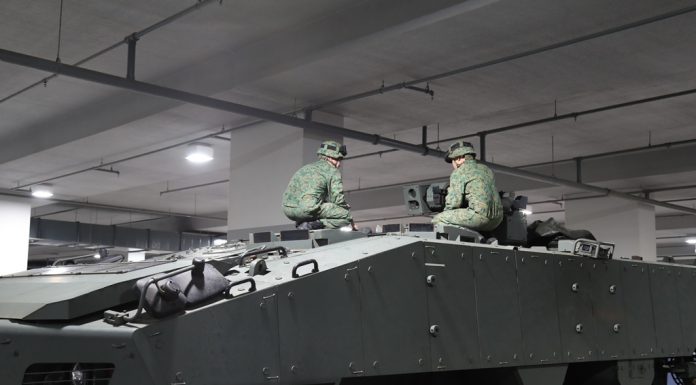 It is not without reason that gamblers in Singapore have been named the biggest lottery spenders in the world. Some gamblers in Singapore are trying to determine what is the license plate number of the armoured vehicles which reached Singapore yesterday after being detained in Hong Kong. They hope the numbers will give them some luck in a lottery draw tomorrow.

A magazine which reports on the global lottery industry, La Fleur’s Magazine, said a Singapore gambler spends $1,361 per year on average earning it the top spot. The amount spent is 1.5 times more than the amount gamblers in second-ranked Massachusetts State spend.

Just in case you are wondering what the infantry carrier vehicles’ license number is, this is what Facebook user Bruce Wee posted.