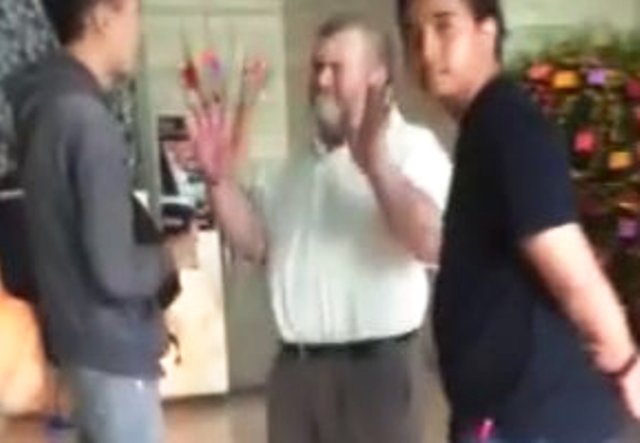 A Facebook user Romi Rais claimed that a plainclothes National Environment Agency (NEA) officers caught a man for littering but let him off with just a warning. The video he shared showed 2 men talking sternly to a Caucasian man. The Caucasian man seemed to be acknowledging and apologising.
The anti-littering enforcement officers of NEA caught the man for throwing a cigarette-butt outside Hotel Jen Orchard.
One officer after identifying himself, informed the Caucasian man that an offence has been committed and that they have to book him, said Romi.
The Caucasian man apologised and informed the NEA officers that there he littered as there were no dustbins or ashtrays nearby.
“To my astonishment, the NEA officer just tell next time don’t do it again and left the scene,” said Romi.
The officers seemed offended that they were being caught on camera and asked Romi why he was doing so.
“If it were to be local Singaporean, do you think he will get the same treatment?” asked Romi, and remarked “personally, I don’t think so!”

This caucasian man was caught by NEA officer for throwing cig butt outside Hotel Jen Orchard Gateway. After identifying himself, he inform the caucasian man that an offence was made thus they have to book him.. The caucasian man apologise and inform the NEA officer that there are no dustbin or asthray so he just butt it to the ground. To my astonishment, the NEA officer just tell next time dont do it again and left the scene… The melayu officer can ask me why i take video..WTH, if it were to be local singaporean, do you think you will get the same treatment.. Personally, I DONT THINK SO!!!