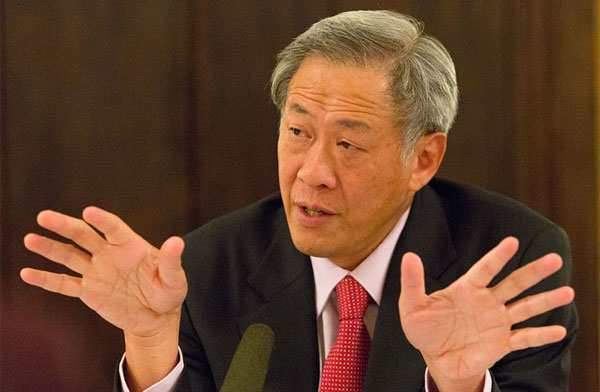 The Singapore National Day Parade’s organising committee came under fire in early July for butchering the Tamil version of this year’s slogan, #OneNationTogether, in parade pamphlets disseminated to primary school students at the National Education shows.

The grossly misspelled Tamil translation saw many characters switched around that ultimately resulted in a ‘gibberish’ word that has no meaning whatsoever.

In a written parliamentary reply released yesterday, Minister for Defence, Dr Ng Eng Hen explained the translation fail and claimed that the original Tamil translation submitted to the printers had been correct, but that the error occurred as the pamphlets were not proofread after they were printed.

Implying that the majority of the fault lies with the printing company for allegedly messing up the original translation that had been correct, Dr Ng added that the NDP executive committee will ensure that the publishing companies it engages in future are equipped with reliable computer software, so the different languages used will be printed accurately and that proofreading printed pamphlets has been “incorporated as standard procedure for all translated texts in NDP distribution.”

NDP executive committee chairman Colonel Ong Yoke Lam Melvin apologised earlier without pointing any fingers: “Such typographical errors are avoidable and should not have happened. We apologise to all Singaporeans for our oversight, in particular to our Tamil community, for the unhappiness this error has caused.”

Netizens responding to Channel News Asia’s coverage of Dr Ng’s response weren’t pleased with his comments, flaming him online for “pushing responsibilities” adding that the minister cannot “fool everyone.”

Some netizens also pointed out that the Malay and Mandarin translations may not be totally accurate either:

This incorrect Tamil translation in NDP pamphlets joined a plethora of inaccurate translations made by public institutions in recent years. Following major translation misfires in government materials, an official 11-member Review Panel for Government Tamil Translations convened last year to put an end to such mistakes.

In unveiling a series of measures aimed to eradicate inaccurate translations, Minister of State for Communications and Information and Health Chee Hong Tat said in January 2017 that the priority is to tighten vetting procedures: “We will require all government agencies to adopt a more rigorous process to vet and check their translated materials before they are made public.”