Home News “My employer installed a CCTV camera in my room”

“My employer installed a CCTV camera in my room” 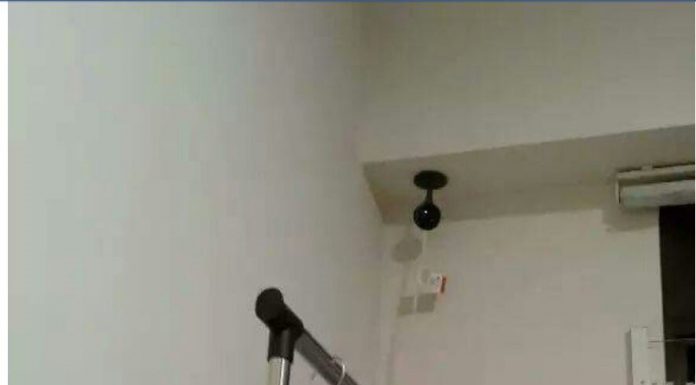 Written by: YL Tan
With additional reporting by Damien Chng

For almost a year, Filipino domestic worker Flordeliza (not her real name) slept in a room with a surveillance camera facing her bed. It was already there when she arrived in her employer’s house, and similar cameras were also installed in the living room, and the children’s playroom. When HOME interviewed her for this story, we learned that for the first three months after she arrived, the camera was turned on and off for irregular periods of time. After the first three months, the camera was turned on more often.

Flordeliza knew that the camera was turned on even at night when she rested because of its blinking lights. Her employers also told her that the camera was very sophisticated for it allowed them to watch what was going on in the house from their phones. However, she did not know whether the footage was recorded and stored by her employers.

The surveillance has caused her to feel stressed and anxious. She did not mind them turning on the camera in the day, but not at night, especially since she did not share the room with anyone. She couldn’t sleep well, and would break down and cry as it was distressing for her to work for employers who treated her with a high degree of suspicion. The stress affected her appetite too.

On her days off, her employer searched her bags before she left, and searched them again when she returned. They would also count the amount of cash that she had on her. Even though she never told her employers about her inadequate sleep as a result of the surveillance, she told them that she couldn’t rest and eat properly because they were checking her money and belongings. Two weeks ago, she told the employer that she could no longer work for them because they were treating her with a high degree of suspicion.
She expected her employer to return her to the agency to get a new employer but to her shock and dismay, she was told to pack her belongings and would be terminated with immediate effect. Her ticket had been purchased and she was to board the flight in a few hours. Flordeliza managed to call HOME’s helpline and a volunteer went down to the airport to assist her.

On the following Monday, we brought her to file a complaint at the Ministry of Manpower (MOM). Photographic evidence of the surveillance camera was also submitted to MOM. However, her request for a transfer to a new employer was denied by the Ministry of Manpower, even though it was pointed out that the employer was at fault for installing the camera in her room, and she was repatriated without reasonable notice. As the work permit was already cancelled by the employer, there was nothing that could be done, they explained.

In November 2015, the Ministry of Manpower told The Straits Times:

It is not clear if the employer will be investigated or penalised.

Lack of privacy is a problem facing a significant number of domestic workers. In a survey of 670 women HOME conducted last year, 59% reported not having their privacy respected in the employer’s house. 16% reported that their employers checked their belongings, and 8% checked their phones. Another 6% reported their employers checking their mail. The lack of privacy laws in Singapore has also made it possible for employers to install a camera in the private spaces of domestic workers with impunity.

In the end, Floredeliza had little choice but to return to the Philippines. But she is hopeful and hopes to return to Singapore to work “This time I am unlucky, maybe next time I will find someone better.”