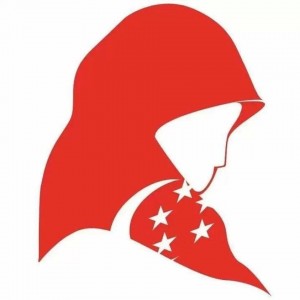 Singapore People’s Party (SPP) member, Abdillah Zamzuri, has highlighted a case of religious discrimination in a private pre-school education centre.
He shared the Facebook post of a Muslim woman which said that she was discriminated by an interviewer of Modern Montessori International’s Kovan pre-school centre. At the job interview, she was allegedly told by the interviewer that she would not be able to wear a hijab, but that she may use a bandanna to cover just her hair if she wanted to.
When the Facebooker (who other outlets has identified as a Sharifah Begum) asked what the rationale was for the company’s manpower policy, she was told that the pre-school had “many incidents where Chinese parents are afraid to handover their kids to a staff who is wearing hijab (and also) kids get scared too.”
The Facebook-user said she called the Ministry of Manpower to enquire if such a human resource policy was legal, and that the Ministry referred her to the Islamic Religious Council of Singapore (MUIS).
She gave up after not being able to get an officer from either the government ministry or the religious council to take her call.

Commenting on this post, the opposition party member said that the incident “throws the hijab debate back in the den.”
He said that Singapore needs a national education campaign on the hijab, where children as well as adults are taught about the religious covering which the Muslim community says is necessary for its women.
Abdillah feels that there is an urgent need to dispel the fear of the hijab among the general population, as it does not do justice to the Muslims here.
“And we need the government to be supporting this,” he said.
“But when the government takes a position where it does not want to normalize the hijab in the public sector, then of course, people will continue to face discrimination and continue to have a fear over people who wear one,” he added.
The SPP member commented that the debate and discussion on the religious head gear for Muslim women has gone on for too long but without an end in sight.
“There has been no blueprint about how or when the hijab is to be allowed in the public sector. It might be time for Singaporeans to stand together to correct this idiocy of not allowing hijab in the public sector,” Abdillah suggested.
Abdillah’s post has gone viral. It has been shared over 2000 times, and has more than 1000 ‘likes’.Follow us on Social Media