The Independent Singapore News
Home News Featured News Muslim netizens say its no big deal that major cinemas are not... It appears that the recent revelation that major cinemas are not Halal-certified does not irk some Muslim cinemagoers who have said that this is “no big deal” and that they can just eat outside the cinema if they need to.

This comes after The New Paper reported today that “Muslim cinemagoers are upset after learning that none of the four main cinema chains here has halal-certified food counters” after the Islamic Religious Council of Singapore (Muis) revealed earlier this month that no local cinema food counter is halal-certified.

Revealing that Muslim cinemagoers it spoke to were previously unaware that the food sold in cinemas was not halal-certified, the publication quoted two cinemagoers who said that local cinemas should apply for halal certification and offer halal food options to cater to Muslim cinemagoers.

This sentiment, however, does not appear to be shared completely among all Muslims. The majority of Muslim netizens who responded to TNP’s story instead indicated that it is not a big issue that major cinemas are not halal-certified: 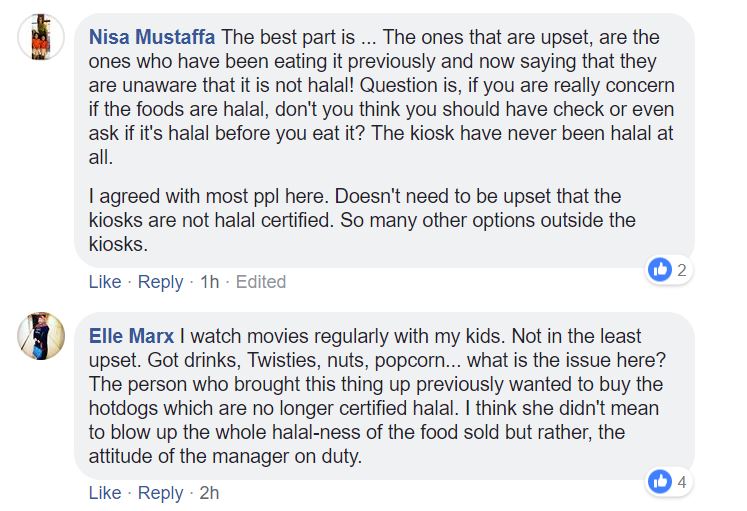