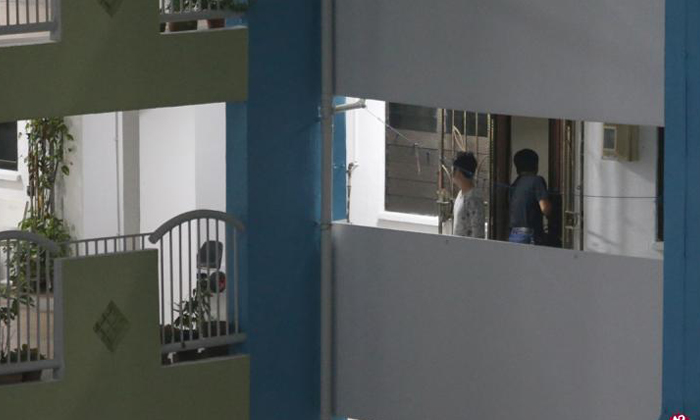 At least one resident in a Boon Lay HDB block has expressed suspicions that his neighbours are running an illegal “vice nest,” after spotting multiple men waiting outside the flat and entering the flat one after another.

The resident who lives in a three-room flat close by the suspicious unit, Mr Wang, told the Chinese daily that he saw multiple men entering and leaving the unit over the past month.

He recounted: “I’m not usually home, but I happened to be chatting with friends outside my flat for around ten minutes that day, when I noticed various men on the same storey. They were looking around and appeared to be searching for a unit, before entering the same flat.”

This prompted Mr Wang to observe the unit and one night he found that the unit was occupied by two women who allegedly behaved in a ‘sneaky’ manner, looking around to ensure no one was around before they left the flat. Mr Wang noticed that the women returned to their flat shortly after, accompanied by a man.

Mr Wang shared: “Their business during weekends is especially brisk, with men coming one after another. Sometimes when there are too many people, they would even sit at the staircase landing to wait.”

Revealing that the unit was occupied by migrant workers until June this year, Mr Wang added: “The workers did not bring me any trouble last time. I never thought that after they moved out, it would be sex workers who moved in.”Follow us on Social Media