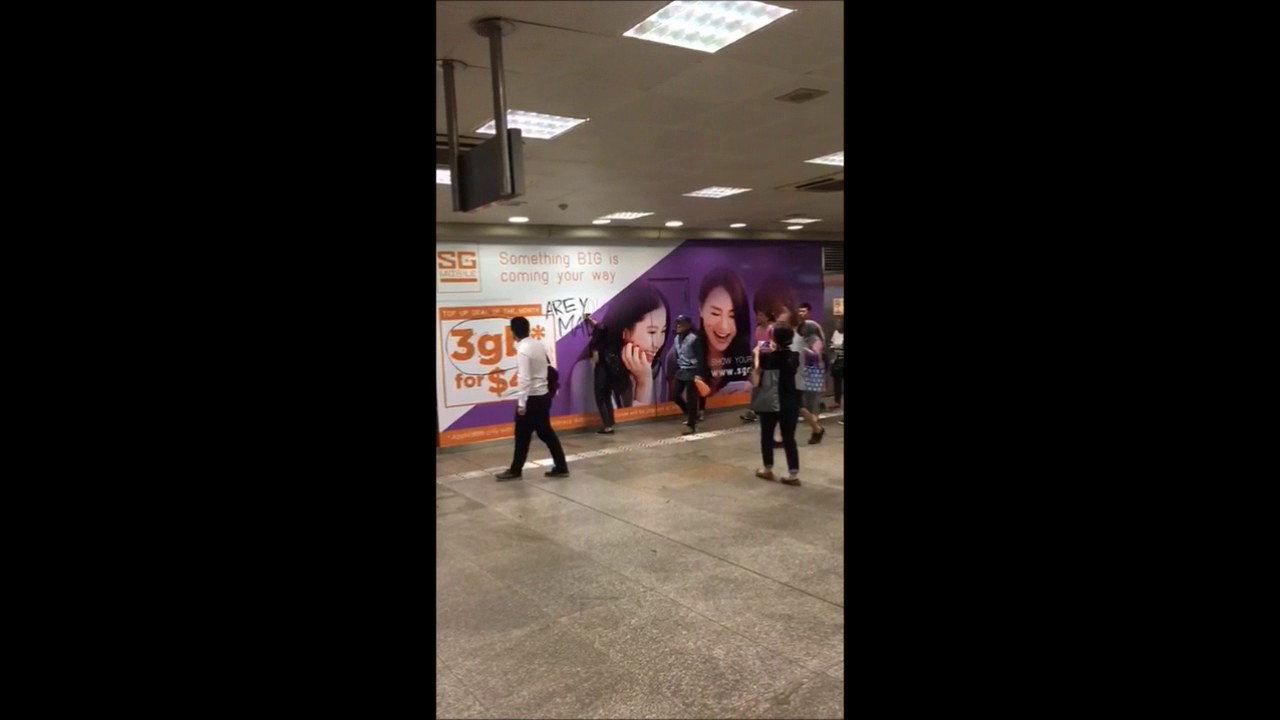 Two ‘readers’ sent us video clips of three women defacing an advertisement in One-North MRT station in the Buona Vista area. The ‘readers’ said that it happened this morning during the morning rush hour as they were on their way to work.

One of our ‘readers’, Mr Lim Kim Park said that he saw the act of vandalism on his way to work. The women at first appeared to just walk past the telco ad, but suddenly stopped and started defacing it, he said.

The other, Lukas Lim said that he was surprised that the women were very daring to vandalise in an MRT station.

It is unclear if the videos sent to us are a gimmick to give bad publicity to Singapore’s fourth telco. In one video, the vandals can be seen spray painting “Are you mad!” against the ad which promised 3gb for $40. They then spay painted ‘so little!’ at another location, on a similar ad by the same telco.

Both ‘readers’ said that Sgmobile probably deserved the act of vandalism because it was a lousy telco company which offered bad deals.

It is unclear if SgMobile is part of TPG Telecom which became Singapore’s fourth, and newest, mobile operator, after a successfully bidding for the spectrum needed to launch mobile services here, on 14 December. But SgMobile’s website promotes themselves as Singapore’s 4th telco.

information about TPG’s service plans are scant, with the company saying that all its energies will be spent on building its 4G network in Singapore. TPG’s licence starts in April and it has until September 2018 to build a network to provide nationwide services.

Telco wars are not uncommon in Singapore. In March last year, just hours after a telco which was then in the running to be Singapore’s 4th telco – MyRepublic – announced an almost unbeatable data plan, the industry leader Singtel launched its own add-on DataX2 plan.Follow us on Social Media