The Independent Singapore News
Home News Mother expresses concern that a stranger tried to get unusually close to... 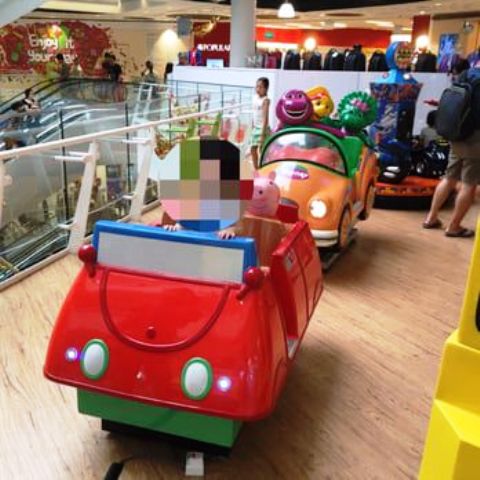 Facebook user Rynna Ismail said that she expressed concern that a stranger tried to get unusually close to her daughter while she was on a ride last Thursday (10 Nov) at Eastpoint Mall in Simei. In describing the incident, she said that the stranger stood next to the ride her daughter was on, and extended his hands out to her daughter when the ride ended.

The daughter she claimed was afraid that a stranger was extending his hands out to her and looked to her mother for reassurance. Rynna quickly carried her daughter and confronted the stranger. The man left quickly when she did so.

Rynna advised parents to be extra vigilant with their children in public spaces.

Just in case you are not able to see Rynna’s post, this is what she said:

I’ve encountered a strange and worrying incident earlier which had made me wrote this and wanting to share the importance of our children’s safety, regardless of their age or locations, at all cost.

Accompanied my girl to the mentioned kids’ ride area since that area is her usual favorite spot to hop onto those fancy rides whenever we head to Simei, Eastpoint. And while she was enjoying her ride with my close supervision and having standing right infront of her, a tall man (who was wearing a black cap, carrying an orange backpack, beige/khaki pants and black/dark blue top) came and stood near to the ride which my girl was hopping on.

I thought nothing of it and was not suspicious of anything, having thought that he might be a Techician or someone who is maintaining all of the stationed rides. As my girl’s roundabout ride was approaching to where he was standing, he suddenly gave my girl an embrace gesture (yes, it was just a gesture and there was no skin contact at all!) which looked like as if he wanted to carry my girl up/out from her ride. Having seen that, my girl certainly got frightened which almost made her cried, knowing that someone whom she didn’t even know had attempted to carry her.

As I got myself even more closer to her, she wanted me to carry her but told her “It’s okay, I’m here”. I stared at him and monitored his body movements especially his hands and legs and I’m sure he felt uncomfortable with those stares of mine BUT that doesn’t deter/stop himself to do it again for the second time! This time, he looked at me with just one glance and he did that embrace gesture again! SERIOUSLY?!!!

I was pissed and curious, not knowing what was his motive for doing that! Right away, I grabbed and carried my girl (carried her tightly at that moment!) out from the ride and I went to him and shouted at him, “WHY?!”. Immediately, he walked away pretty fast! He kept looking back and there I was, still looking at him from my distance. I was still in disbelief that I’ve encountered this ugly incident!

See? I’m sure this incident can happen anywhere, to anyone. Even when my girl was so close to me, yet this had happened to her. But what about those kids who have minimal supervision or perhaps metres away from their parents? Let’s not be complacent. We gotta be vigilant at all times when it does involve our kids’ safety. Please. It’s a scary moment because if we are too late to even react or notice, things will turn different and terrifying.

About that man, I’m not sure what was his motive/intention and I’m not even sure if he’s mentally unsound or sane. If you’re a parent, I’m sure you will have wild thoughts running on your mind especially after reading such similar incidents and cases that’s been happening here. As for now, I’m certainly glad and grateful that nothing awful had happened earlier, Alhamdulillah.

Parents, please please keep yourself close to your kids and supervise your kids closely. And please keep your phones away whenever you’re out with your kids. Be wary of your surroundings and stay vigilant. AT ALL TIMES.Follow us on Social Media