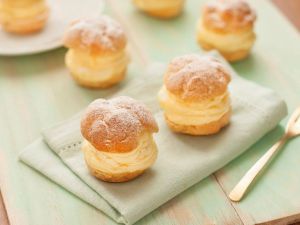 More people have come forward to say that they may have suffered food poisoning after eating Goodwood Park Hotel’s durian pastries.
A  total of 183 food poisoning cases could now be linked to the spate of food poisoning which broke on April 22, said the National Environment Agency (NEA) and the Agri-Food and Veterinary Authority of Singapore (AVA) in a joint statement today.
The hotel’s bakery was ordered to stop all production, sale and distribution of all pastries after it was revealed in April that 76 cases of food poisoning were linked to it.
The government agencies which condemned the bakery’s food handling processes said today that their ‘stop order’ will be in force until the lapses that might have contributed to the outbreak have been properly rectified.
NEA is working with the bakery to ensure the kitchen’s cleanliness and to ensure the food handlers are re-trained on safe food handling practices.
Ministry of Health in the meantime, is ensuring that all the bakery’s food handlers undergo medical screening.Follow us on Social Media