The Independent News
Home News SG Economy Ministers like Ong and Fu should not take the usage of public... 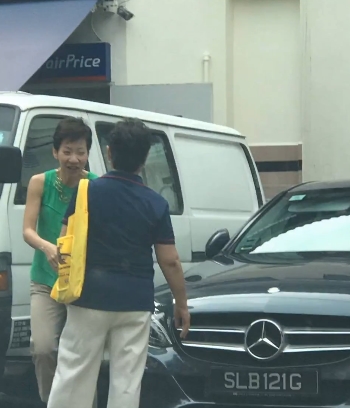 The following is a letter from one of our readers, Maran Velayan.

—
I refer to your article, ‘Resident dismayed that “VIP Minister” Grace Fu parked her car in reserved spot’ (https://theindependent.sg.sg/resident-dismayed-that-vip-minister-grace-fu-parked-her-car-in-reserved-spot). According to the article, the resident expressed dismay that the Minister would park in a busy carpark and in a spot which residents have to pay a fee to get season parking.

This is not the first time some of these newer Ministers are caught parking indiscriminately, setting a very bad example for many others. In September, another netizen took Minister for Education Ong Ye Kung, to task for parking his car in lots reserved for emergency vehicles at the National Library (https://theindependent.sg.sg/netizen-alleges-minister-parked-his-vehicle-in-a-reserved-spot-in-nlb).

The National Library (NLB) was quick to jump to the defence of Minister Ong and said, “there are a total of 3 car park lots designated for invited guests. As can be seen from the photo, two of the lots were available for use by emergency vehicles, if necessary.” (https://theindependent.sg.sg/nlb-suggests-it-was-alright-for-minister-to-disregard-emergency-vehicle-parking-lots)

What NLB did not say was, why the Minister cannot be dropped off at a convenient spot by his bodyguard/driver and be picked up later when the event is over.

This means that the Minister need not be deprived of proper security at an event even when the other driver is running an errand (like parking the car). Indeed this is what most older Ministers do and they are mindful never to take the public amenities for granted. The public too respects them for such considerations.

Just like the NLB jumping to defend Minister Ong, a grassroots leader too has jumped in to defend Minister Fu. According to the Facebook page ‘We want Minister Grace Fu to resign’, Malaiya Maran S claimed that the event was organised by SPF and as organiser, the SPF has gotten permission from HDB to park at the red lot for a “short duration”.

He thinks that “keeping aside 1 parking lot for the short duration isn’t too much” to inconvenient the public. “And on many occasions, when there is no nearby parking lot available, I have seen Ms Fu drop off at the vicinity and someone will valet park at another available location,” he added.

Simple logic would dictate that Minister Fu could be dropped off at the spot without compromising her security while her car is valet parked. And that is the right thing to do.