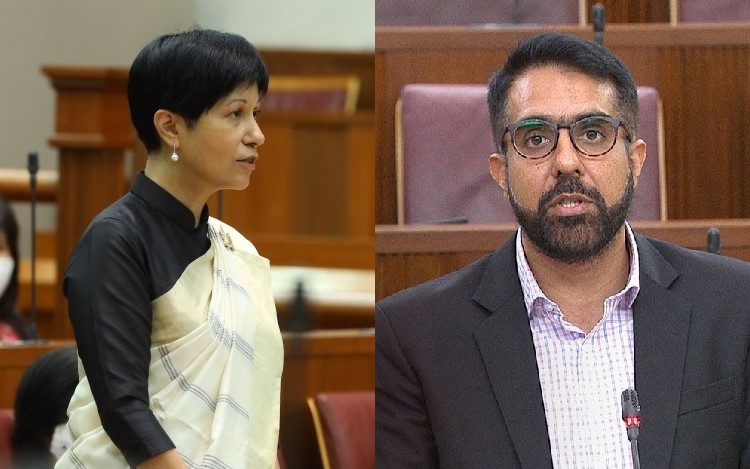 Singapore — Although details of Workers’ Party (WP) Secretary-General Pritam Singh’s new parliamentary role were announced in a press statement last month, Leader of the House Indranee Rajah officially set out his duties and privileges as Leader of the Opposition (LO) in a Ministerial Statement in Parliament on Monday (Aug 31).

Mr Singh was named Singapore’s first Leader of the Opposition after the recent General Election, in which the WP won an unprecedented 10 seats in Parliament in what was its first election under his leadership.

According to the statement, Mr Singh will sit directly opposite Prime Minister Lee Hsien Loong in Parliament, since he is the leader of the main opposition party. He will also be given a longer speaking duration for speeches than other MPs, given his new role.

The LO will generally be given the right of first response among MPs to ask the lead question of ministers on policies, Bills and motions in Parliament, at the discretion of the Speaker, and subject to existing speaking conventions.

The WP chief will also be given an office in Parliament, staff support and resources, and additional allowance that is double that of an elected MP. Mr Singh had earlier announced  that he would be donating 50 per cent of his additional allowance, after tax, to charitable causes.

Reiterating her People’s Action Party colleagues’ views that the opposition should play a bigger role in putting up alternative views and proposals for debate since there are more opposition MPs in Parliament, Ms Indranee said that Mr Singh will be expected to lead the opposition’s parliamentary business, particularly in:

Besides this, Mr Singh may be called to take part in official state functions and visits alongside members of the Government and the Public Service. He will also receive confidential briefings by the Government from time to time.

Ms Indranee said that while Parliament can expect more robust debate and sharper exchanges with greater diversity of views, all members of the House should work to ensure that diversity does not lead to polarity, of country or people.

“Experience elsewhere shows that unity in diversity is not an assured outcome. Our goal should be to harness this diversity of views in a constructive manner, so that we can as a Parliament better serve the interests of Singaporeans and Singapore.”

Sharing that the LO role will evolve with Singapore politics, Ms Indranee said: “It must always be the ambition of this House to live up to the expectations of our people and create a political system that is focussed on serving Singapore and Singaporeans to the best of our abilities.”

She added: “I congratulate Mr Pritam Singh on being designated the Leader of the Opposition and look forward to working with him to achieve this outcome.” /TISGFollow us on Social Media