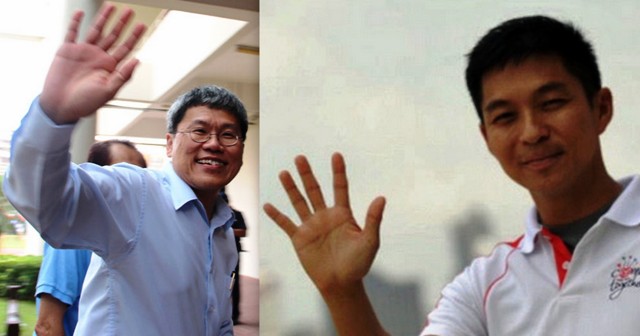 UPDATE: Hougang MP Png Eng Huat has responded to the Minister in his Facebook and we republish it in full.

I wasn’t even interested in my own wait time but since ICA and Minister Tan seem to suggest that the wait time to clear custom on the night of 17 July was “all of 30 mins” only, why was there a need to accord the people travelling with the Minister expedited clearance then?

The system must be seen to be fair. The issue is not about Minister Tan. The expedited clearance for him comes with the position he is holding and for security reason. My volunteers worked very hard too. Some buses were missing a few passengers as they were still queuing and the buses did not leave the checkpoint until way past 11pm. I am sure some of the PA buses experienced that too. I have no doubt our officers worked very hard to secure our borders too. In fact, I believe they worked a lot harder because the Minister was there.

Mr Tan acknowledged that on the return journey, ICA facilitated the clearance for him and his security officers who were carrying firearms, as well as the residents and volunteers who were with him on his bus.

Referring to Mr Png’s post Mr Tan said, “I had the impression Mr Png waited a very long time…He carefully omits to mention that he waited for all of 30 mins.”

“If Mr Png accepts that it’s reasonable that our office holders get facilitated, then surely the others in that bus need to be cleared as well so that the bus can leave and not add to the vehicular queues there,” Mr Tan added.

In saying that any traveler who requires special assistance can approach ICA officers on duty, the Minister said that the purpose of Mr Png’s and his compatriots’ post “was not about old folks”.

“It was aimed at stirring hate and anger, not only to be directed at me, which I can understand politically, but also at my residents and volunteers (who organised as well as helped guide each bus), as well as our officers who secure our borders. It’s unfortunate that he and his colleagues chose to politicise the issue,” Mr Tan suggested.

Happily married man with kids wonders if his wife will accept his ‘young & wild’ female colleague for sex, asks, “Any advice from my...

Singapore — Writing to the NUSWhispers Facebook page on Sunday (Dec 5), the man, who said he was 38, claimed that his 25-year-old colleague had fallen for him and “recently expressed her adoration”. Though he says he's married, has two...
Read more

Singapore — A man who was given only a day's notice of his impending dismissal despite his earlier resignation took offence by deleting company...
Read more

Netizens dissatisfied with FAS cause they had to sit on the floor and not on empty VIP seats, says “Football now is about making...

Singapore — In a recent post (Dec 6) on Reddit, a social community network, netizens expressed their dissatisfaction with the Football Association of Singapore...
Read more