The Independent Singapore News
Home News Men kick, punch and throw furniture at one another in violent fight...

Men kick, punch and throw furniture at one another in violent fight at Peninsula Excelsior Hotel 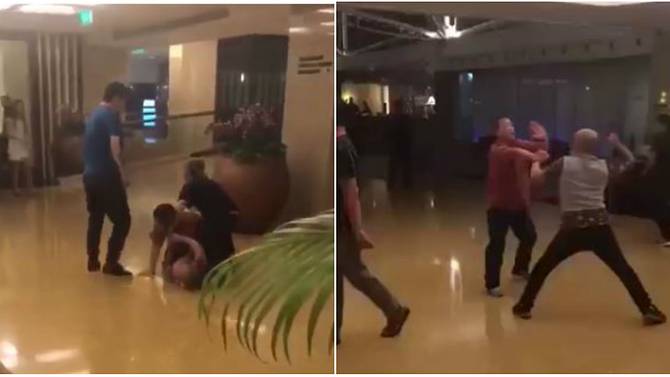 The police are investigating four men over their involvement in a violent brawl that occurred in the lobby of Peninsula Excelsior Hotel along Coleman Street recently.

A video capturing the fight went viral online after it was shared by Facebook user Keh Zui on Monday. In the video, four men can be seen kicking, punching and throwing furniture at one another while onlookers watch the commotion.

One man can be seen flinging a chair at an opponent while another man uses a small table to hammer another individual. The men chase each other around, shouting in hokkien.