Home News Featured News Meghan Markle’s Brother to Prince Harry: She “is obviously not the right...

Meghan Markle’s Brother to Prince Harry: She “is obviously not the right woman for you” 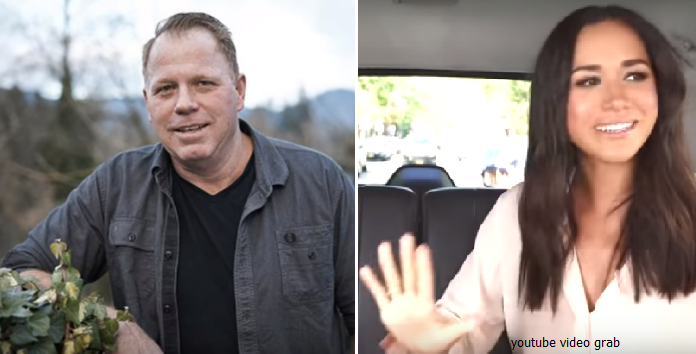 Thomas Markle Jr. has written a letter to Prince Harry telling the British royal that it is not too late to stop his wedding to Mr. Markle’s half-sister, American actress Meghan Markle.

The couple is preparing to be wed on May 19th.

Mr. Markle, wrote to the Prince, “As more time passes to your royal wedding, it became very clear that this is the biggest mistake in royal wedding history. Meghan Markle is obviously not the right woman for you.”

In the letter, Mr. Markle describes his sister as a “jaded, shallow, conceited woman that will make a joke of you and the royal family heritage,” and says that he is confused that the Prince does not see his sister for who she really is. “Meghan’s attempt to act the part of a princess like a below C average Hollywood actress is getting old.”

He claims that Meghan “used” their father in pursuit of her acting career, spending all his money and leaving him “broke” in Mexico, due to her debts. He also claimed that she never paid their father back, but instead, “she forgets her own father like she never knew him,” and that their father, who is not invited to the royal wedding, is still beset with financial problems.

The fact that Ms. Markle didn’t invite her family to the wedding seems to be a sore point with her half-brother. “Not to mention, to top it all off, she doesn’t invite her own family and instead invites complete strangers to the wedding. Who does that? You and the royal family should put an end to this fake fairytale wedding before it’s too late.”

However, to him, she is still family. “Meghan is still my sister. She is family. So whatever happens is up to her, whether she wants to forget knowing me or the rest of her family, family comes first. Also, you would think that a royal wedding would bring a torn family closer together, but I guess we’re all distant family to Meg.”

Mr. Markle has a history of speaking against the actress. Just last month, he told a newspaper in the UK about the deep hurt their family has felt at not being invited to the wedding.

“She’s clearly forgotten her roots. It’s torn my entire family apart. Meg likes to portray herself as a humanitarian, a people’s person and a charitable person, but she is none of those things to her family. She is giving the greatest performance of her life. She is acting phony. Once she got into Hollywood she turned into a different person. She’s clearly forgotten her roots and her family,” he told the Daily Mirror.

However, for himself Mr. Markle insists he does not feel hurt, but just extremely puzzled at his half-sister’s behavior, saying that once they had been close, but since she moved to Canada for the filming of the hit TV show “Suits,” they have barely seen each other.

He believes that she has chosen to keep her distance from him because of a recent domestic violence incident between him and his fiancee Darlene Blount. Mr. Markle was briefly detained when police were called after a drunken fight between Mr. Markle and Ms. Blount, but he was released quickly and no charges were made. He said, “No family is perfect. All families have their disputes and troubles … Harry has not exactly been perfect in the past.”Follow us on Social Media