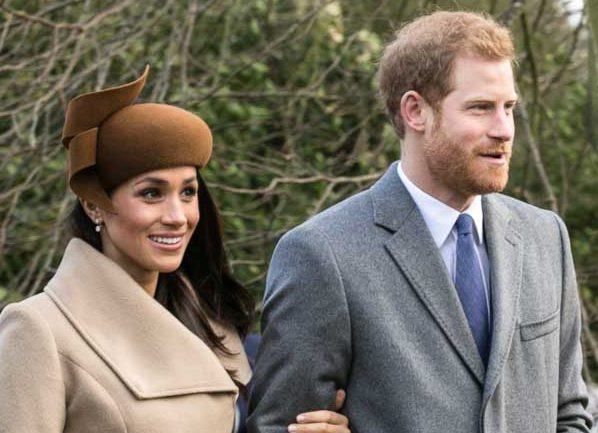 Kensington Palace has confirmed Meghan Markle and Prince Harry are “very pleased” to reveal that they’re expecting their first baby together, on Twitter yesterday. 37-year-old Markle is reportedly just over three months pregnant.

A Kensington Palace spokesman said: “Their Royal Highnesses the Duke and Duchess of Sussex are very pleased to announce that the Duchess is expecting a baby in the Spring of 2019. Their Royal Highnesses have appreciated all of the support they have received from people around the world since their wedding in May and are delighted to be able to share this happy news with the public.”

The former US actress sparked rumours of a pregnancy over the weekend when she arrived via a side door at the wedding of Princess Eugenie to husband Jack Brooksbank. The Duchess’ outfit at the wedding – a loose-fitting, navy blue coat that was left unbuttoned at her stomach – also fueled the rumor mill.

Rumours further gathered wind when Markle arrived in Australia today for an official tour with her 34-year-old husband, conspicuously carrying some folders in front of her stomach.

Prince Harry and Meghan Markle wed about five months ago, in May, after a whirlwind 16-month romance. Their child will be the Queen’s eighth great-grandchild and seventh in line to the throne.

The Queen, Prince Philip, Prince Charles and Harry’s brother Prince William and his wife Kate are said to be “delighted” for the expecting parents. One senior Palace source said: “Everyone is hugely excited about the news. The whole of the family are very happy they were all able to congratulate the couple in person before they left for their first major overseas tour.”

Both the Duke and the Duchess of Sussex have been open about wanting to start a family since they opened up about their relationship to the press. Around the time of their engagement, Prince Harry had said: “Hopefully we’ll start a family in the near future.”

In a trip to Belfast, Northern Ireland, in March, Markle commented as she was shown baby products: “I’m sure at some point we’ll need the whole (lot)”.