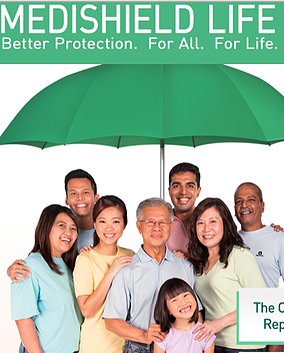 I refer to the article “MediShield Life helps more people a year on” (My Paper, Nov 1). It states:

“One year after Singapore introduced MediShield Life – a universal insurance scheme, more people are getting help with their medical bills. Nearly 400,000 claims were made between last November and September this year. A total of $614.3 million was paid out.

Of this, $102.5 million went to people who were previously uninsured, a Ministry of Health (MOH) spokesman told The Straits Times. Over the same period in the previous year, $307.5 million was disbursed for 291,500 claims.

There is a trade-off. Premiums rose, mounting to $1,736 million in the 11 months from its launch – compared with $685.7 million in the same period the previous year. Almost half was paid by the Government, largely as premium subsidies.”

44.8% claims to premiums ratio in the previous year?

So, does it mean that the claims to premiums ratio over the same period in the previous year was 44.8 per cent ($307.5 million claims divided by $685.7 million premiums)?

70.8% claims to premiums ratio from its launch?

“Premiums not disbursed will be invested in the Special Singapore Government Securities as this has stable, long-term stability, said Fang Ai Lian, who chairs the MediShield Life Council.”