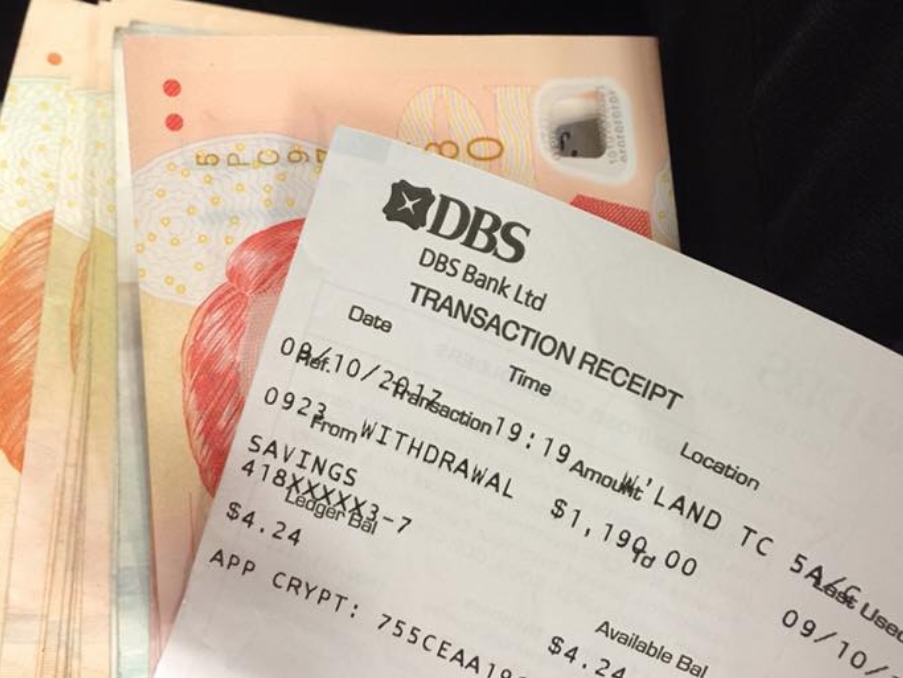 A kind-hearted man living in Johor Bahru has won widespread praise here after he successfully returned $1190 to the owner who had absent-mindedly rushed off after leaving the money at a POSB ATM in Woodlands Town Centre following a cash withdrawal.

The good samaritan, Laudi Heryasin, hoped to return the cash to the owner when he chanced upon the money on 9 Oct and stayed back at the ATM for about 15 minutes waiting for the rightful owner.

When no one came back to claim the money, Laudi took to Facebook to appeal for the rightful owner to step forward in a post that quickly went viral:

Laudi later updated the post that he was able to successfully return the money to the rightful owner with the help of the bank:

Just a quick update to everyone:

I took 12.30pm KTM train to Singapore and went to the POSB Marsiling branch. I gave both the money and the receipt to the bank then straight away returned back to JB using 3pm train.

Just now the bank called me the money is already credited back to the owner’s account.

So my job here is done. Glad can help other people.

A POSB spokesman later commented on the matter, commending Laudi:

“We would like to commend the gentleman who returned the sum of money to our branch. We advise all our customers to be careful and always remember to collect their cash when making their ATM withdrawals.”

When asked by reporters about whether he was tempted to keep the money for himself, Laudi replied with a firm “no”:

“I took it as I was afraid someone else would take and keep the money for themselves. I wanted to return it and knew that I had a responsibility to return it.

Several netizens online have raved about Laudi’s kind actions online. Minister for Culture, Community and Youth Grace Fu was one among many who commended Laudi on Facebook yesterday:

What would you do if you discovered $1,190 left behind at an ATM? Laudi Heryasin found the cash left by the person…

Irene Ong Lian Ai: Good character teaching start from young. The parents did a great job! Laudi is a good role model to all.

Biju Mathew: Mr.Laudi was blessed to have understood the pains the individual who left the money behind was experiencing. Glad his honesty and integrity was appreciated.

Jean-Thierry Feuillet: We don’t get to see so much honesty especially in France where I live.Such an amount of money would be far too much a temptation !!!Fortunately I’ve experienced a few cases of people returning things I had inadvertently dropped on the floor(more in Asia than in France!!!)which proves honesty,even far and few between,still does exist.