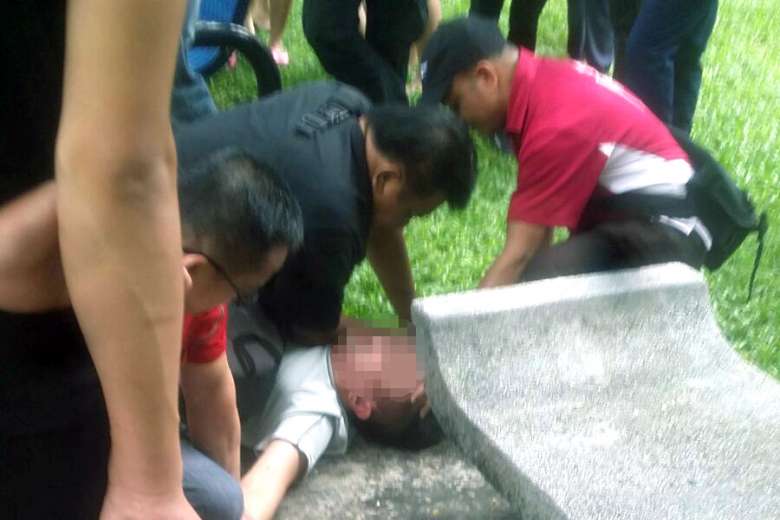 When the woman saw what the man was doing she shouted, causing the man to run. That was when the four men gave chase after the suspect and pinned him down. The woman arrived soon after.

The suspect, a 43-year-old man begged to be released but the men pinned him down for 10 minutes until the police arrived.  Police investigations are ongoing.

All Singapore Stuff, which published the news last year, said 3 middle-aged men pinned down a pervert who was caught taking upskirt photographs of women on an escalator at Toa Payoh Central.

There has been several cases of men found guilty of surreptitiously taking upskirt photos or videos of women being reported this year. Such offences are classified under the offence of “insulting a woman’s modesty”.

Ms Jolene Tan, programmes and communications senior manager at the Association of Women for Action and Research (AWARE), in speaking about such behaviour in 2015, described the offence as sexual violence.

“What attracts perpetrators is clearly the idea of women’s and girls’ non-consent and humiliation – they treat female bodies as trophies to be acquired, then circulated to boost their standing among other misogynists,” she said, referring to some online platforms which encourage and allow such photos and videos to be posted.Follow us on Social Media