Man who threatened gay community with violence apologises, says it's a misunderstanding 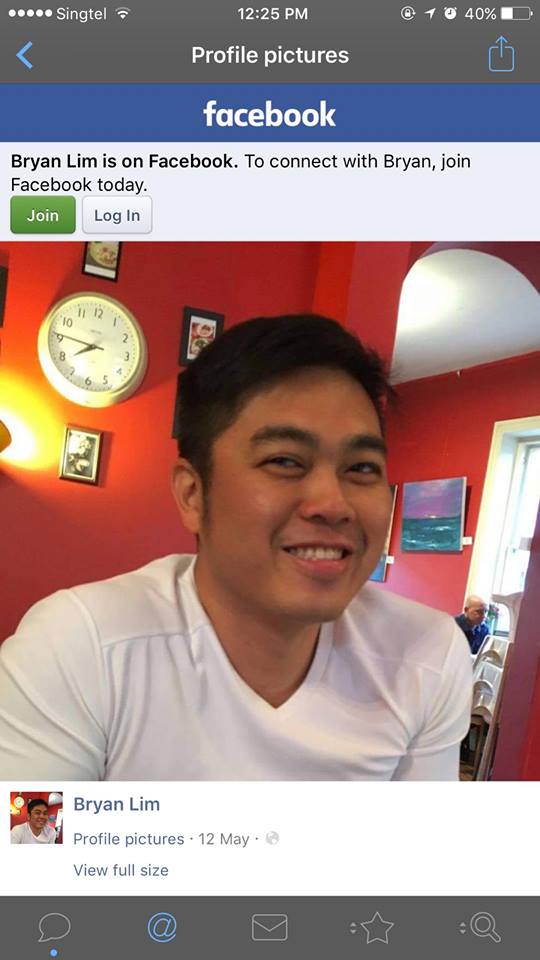 Police have confirmed that they have received a report regarding violence against the gay community here in Singapore, and are investigating the case. The police responded to blogger Kenneth Tan’s Facebook post asking if they would respond to the threat.

Facebook user Bryan Lim has commented on the Facebook group We Are Against Pink Dot saying, “I am a Singaporean citizen. I am a NSman. I am a father. And I swore to protect my nation. Give me the permission to open fire. I would like to see these £@€$^*s die for their causes.”
He was commenting on the hate-groups post about ‘Say No to Foreign Intervention‘.
Bryan is a police national serviceman, and holds the rank of at least an inspector. Earlier in 2013, Bryan had openly boasted about his attitude towards a lesbian couple he personally encountered in another Facebook post.

Bryan’s employer, Canon Singapore has also responded to complaints by netizens about the violence Bryan intended towards the gay community in Singapore. It said that it took the issue seriously and was looking into the matter.

Bryan has issued a qualified apology after the police and his employers said that they were investigating his comments about violence towards the LGBT community. He explained that it was all a misunderstanding and that his words were directed at Bloomberg and foreign intervention in local matters and was taken out of context.
He said, “I did not mean physical bullets nor physical death. I mean open fire in debate and remove them from Singapore domestic matters.”

—
Update:
The Singapore Police Forcs has clarified that Bryan is not an officer with the police force, and that the picture if him in uniform is from NPCC.
Bryan has deleted his Facebook and LinkedIn accounts.Follow us on Social Media