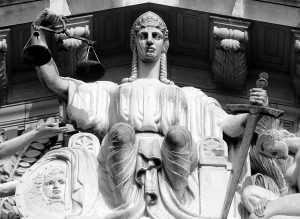 Mr. Gopu Jaya Raman, who had faced a death sentence for drug trafficking, has been acquitted by the apex court in a highly unusual 2 to 1 decision. The court ruled that Mr. Gopu, a Malaysian national, was unaware of the drugs in the motorcycle he brought into the country.

The judgment, released on Monday, February 12, revealed that Mr. Gopu was successful in proving that he had no knowledge of the drugs hidden in the motorcycle. He had previously contested a decision from the High Court, saying that the court had not given weight to the proof of his unawareness of the drugs’ existence.

Mr. Gopu, who was 28 when he was arrested on March 24, 2014, was entering the country via Woodlands Checkpoint. Three dark packages of diamorphine were found in the fender of the motorcycle he was riding. When stopped by immigration authorities who found the drugs in the motorbike, he claimed not to know that they were there, and he also said he did not own the motorcycle.

He further recounted that he had earlier received a call from the person who had aided him in borrowing the motorbike. The man had requested him to return his call after he had crossed the border.  This tipped Mr. Gopu off of the possibility that there were drugs on the motorcycle, based on his experience of having brought drugs into the country twice before.

Mr. Gopu needed to pay the man RM 4,000 (S$1,340) which he had borrowed. The man told him that he would harm Mr. Gopu’s family if he refused to sell the drugs. Upon ending the call, he checked a compartment on the motorbike where drugs had been stashed in the past, but this time, there were none there. Officials found the drugs in the motorbike’s fender.

According to the judgment, Mr. Gopu cooperated with the authorities to help them catch other individuals who were supposed to get the drugs from him. They listened in on Mr. Gopu’s calls with the man who had gotten him the motorbike. However, when the time came for the drugs to be distributed, no one arrived, and the operation was cancelled. Within the monitored conversations, officials asked Mr. Gopu to message the man, saying that he was unaware of the drugs in the motorbike.

In the decision of the apex court, Judge of Appeal Judith Prakash and Chief Justice Sundaresh Menon said that what the man said in response to Mr. Gopu’s message that he did not know about the drugs had been disregarded by the High Court Judge. It is stated in the judgment that the man had asked for Mr. Gopu’s forgiveness, and he had also asked him to return the motorbike to Malaysia.

Judges Menon and Prakash also considered that given the drug packages’ color and size, it was highly plausible that Mr. Gopu would miss seeing them. Since it is “inherently difficult to prove a negative… the burden on Mr. Gopu should not be so onerous that it becomes virtually impossible to discharge,” is also written in the judgment.

However, the third judge gave a dissenting vote in the matter. Judge of Appeal Tay Yong Kwang did not believe Mr. Gopu’s story of how he got the motorcycle and why he entered the country. Judge Tay cited the two other incidents of drug trafficking on the same motorbike that Mr. Gopu admitted to, previous to his 2014 arrest. For the judge, this undermined Mr. Gopu’s credibility.

The judge said that the “evidence pointed clearly to the conclusion that this was (Mr Gopu’s) third drug delivery or import into Singapore to repay the loan that he had taken,” but that this time, he had gotten caught.

Others questioned his innocence, since he had already brought drugs into the country twice before.

Others asked that the death penalty be done away with completely.