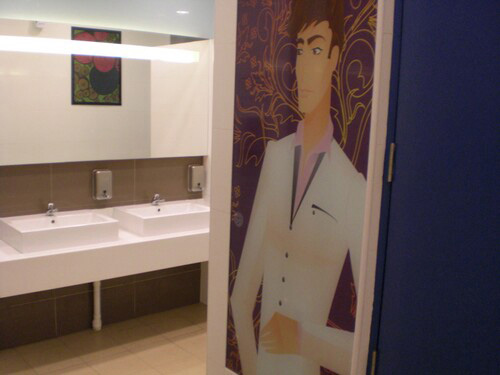 A 27-year-old man who worked at a gaming shop in Pioneer Mall has been convicted for sexually abusing 10 boys over a 3-year period. The man, Goh Jun Guan, who pleaded guilty to the charges was sentenced on Friday (18 Nov) to 12 years and six months’ jail and 15 strokes of the cane.

The court heard that the 27 year-old would first introduce himself as “Terry” and would bond with the boys over a card game of Vanguard. Goh’s first victim, a 10-year-old boy was invited to Goh’s flat at Jurong West Street 71 to play the game. After the game, he took off the boy’s shorts and had sex with him.

He ‘punished’ another 12-year-old boy for losing the game by performing a sex act with him in a public toilet in Pioneer Mall. The boy aid that he felt trapped and ‘could not run away’.

He molested yet another 12-year-old victim and took pictures of his private parts in a public toilet in the pretext of helping him to ‘upgrade’ his skills in the card game.

Goh was exposed by a 15-year-old boy who reported to police that he received sexually explicit messages from Goh. Upon investigation in Oct 2014, 43 explicit pictures were found in his phone.

Goh was diagnosed as a paedophilic earlier this year. Goh’s lawyer in pleading for a more lenient sentence claimed that he had been sexually abused as a child, was bullied in school and wanted to “protect” other children.

Justice Woo Bih Li rejected this line or argument saying: “I cannot accept your explanation that you felt happier and safer among younger children as you thought you could protect them from being bullied and could keep them out of trouble. If you were really going to do that, you would not have done what you did to them.”Follow us on Social Media