The Independent News
Home News Man in the middle of acrid divorce pins down and beats wife... 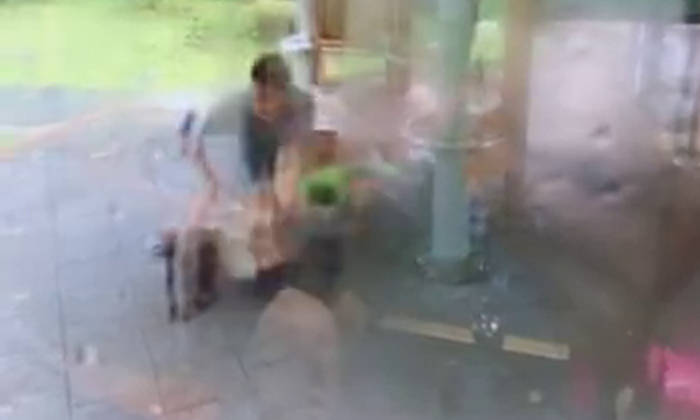 A couple embroiled in acrid divorce became entangled in a nasty altercation, after the husband pinned the wife down and pummeled her mercilessly, after the pair bumped into each other at a bus stop near Block 408 Jurong West Street 42, around 4pm last Sunday.

An eyewitness caught the cruel assault on camera and uploaded the video on Weibo. The video has since gone viral on social media.

According to the eyewitness, the man and woman had taken the same bus and that the man pushed the woman off the bus when the bus reached the stop. In the 9-second clip that looks as though it was filmed by a bus commuter, the man can be seen pinning the woman down and punching her face as she struggles to free herself.

According to the Chinese daily, the couple are going through the divorce. The daily reported that the violent altercation was triggered when the woman had apparently made a comment that angered the man.

The victim suffered injuries to her head and hands and is receiving treatment at a local hospital. A police complaint has reportedly been filed and investigations are ongoing.