A 28-year old man, Soo Wen Jie, was sentenced to a week in jail after being found guilty for hitting a five-year old child at an indoor playground in Yishun.

The boy, an autistic child, was seen in video footage, trying to take a toy shovel away from Soo. The latter, his wife and two children were at Sunshine Childhood Playland at Northpoint City in April last year.

The CCTV video showed that when the boy could not take the shovel from Soo, he hit Soo’s back. This caused Soo to kick the boy. Soo was also seen pushing the child and hitting the boy, causing him to fall backwards onto a slide.

Not long after, the boy’s mother came to the play area and left with her son. According to her, her son complained of pain in his abdomen that night. A medical report that they received also stated that there was tenderness over the boy’s sternum and upper abdomen.

The video footage of Soo and the boy went viral online, with many netizens angry at Soo’s behaviour. However, there were also many others who blamed the autistic boy’s mother for not keeping watch over her son. 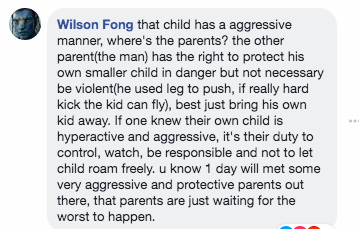 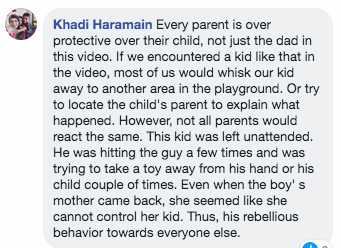 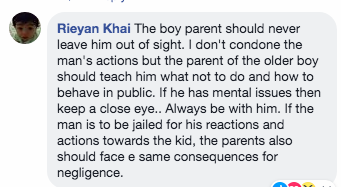 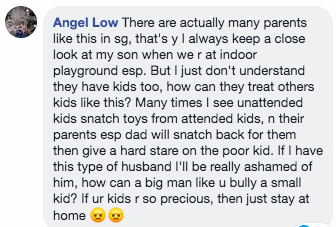 For voluntarily causing hurt, Soo could have been jailed up to two years, fined up to S$2,000, or both./TISG

Posted by Thelocalsociety on Monday, April 9, 2018