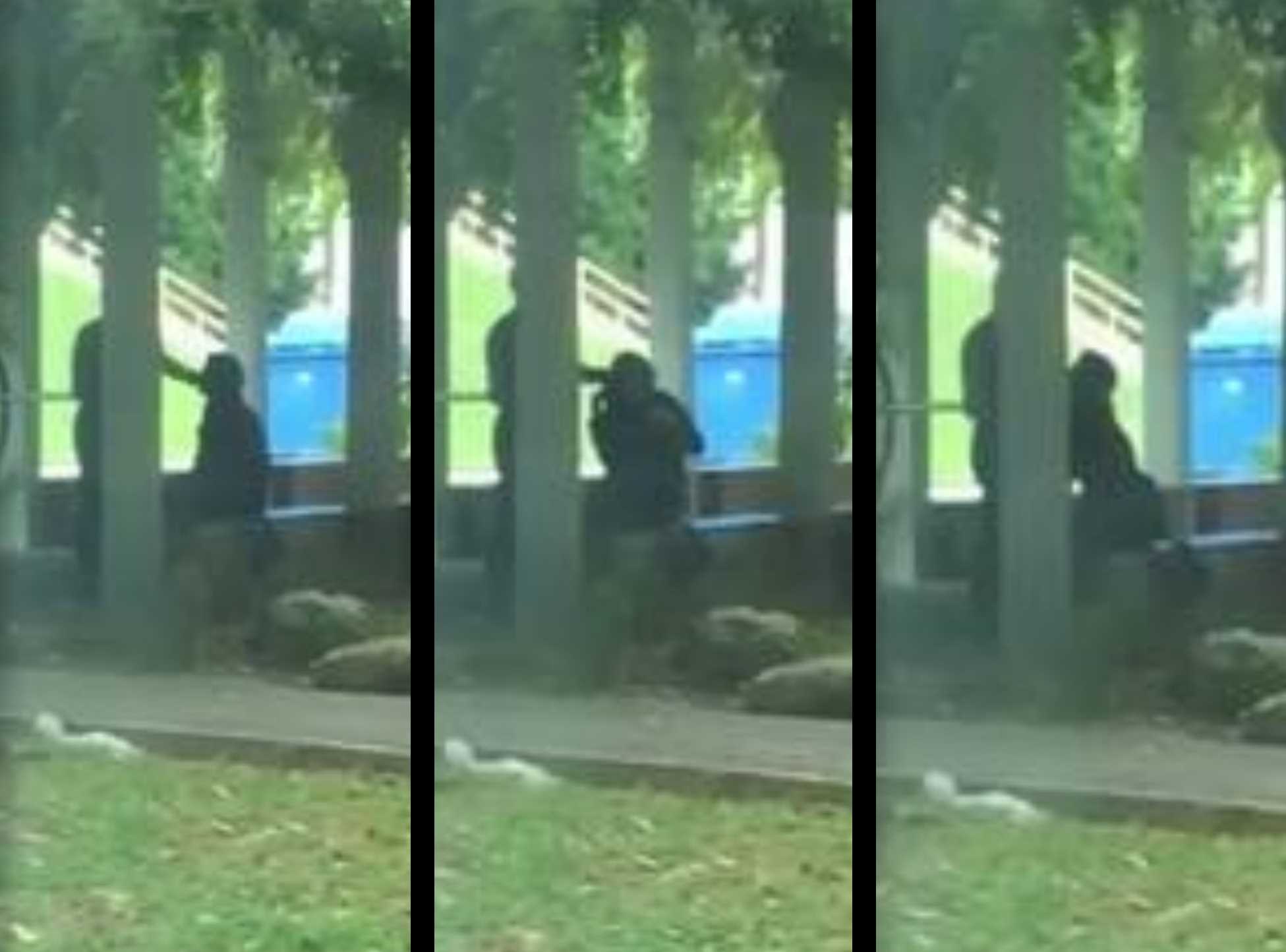 A man was caught on camera forcefully shoving a woman’s face towards his crotch at a park in Block 14, Teck Whye Lane in broad daylight, last Thursday (8 Feb) around 4.40pm.

An eyewitness captured the incident on camera and shared it online. In the clip, a man can be seen grabbing a woman’s head and pushing her face towards his crotch even as she appears to resist and back away.

The man can be seen continuing to push the woman down as she appears to perform a sexual act on him.

The eyewitness, known as K, shared online: “They were chilling in front of my block when the guy stood up and started to unzip his pants. He then forced the girl to perform a sexual act in public.”

The pair left when someone shouted at them to allegedly prompt them to move away. K shared, “The girl was forced to follow the guy and they left. I feel that this is very disturbing to the public as there are many students and small kids with parents around that area.”