Home News Man blames SMRT for lost phone after leaving it behind at charging... 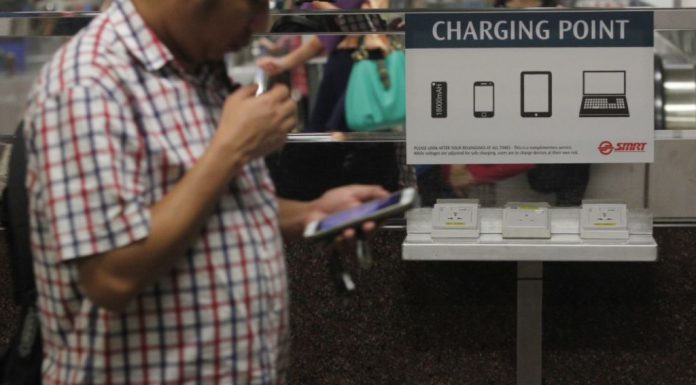 A netizen has blamed SMRT for “not doing anything” after he reportedly left his phone behind at a charging point at Admiralty MRT Station unattended.

Interestingly, the netizen – Facebook user Cavin Tan – called SMRT “irresponsible” after it responded that it had reviewed footage of the incident and Tan left the phone behind and that a third party had taken the phone.

According to SMRT, Tan had left his phone at the charging station and walked off in the direction of the ATM at 10.47am on an unspecified date. When he returned for his phone just a few minutes later at 10.51am, the phone was gone as it had been taken by a third party.

SMRT advised Tan to lodge a police complaint over the matter and revealed that it had advised him to do the same in a call it made to him on 20 Apr.

Tan copied the following email that the transport company had allegedly sent to him, in a post he shared on SMRT’s Facebook wall:

We are sorry to learn of the inconvenience you had encountered regarding your lost handphone at Admiralty Station. We have tried to contact you today but unable to reach you.

We trust that you have filed the police report as originally advised in our earlier phone call on 20 April. We will extend our fullest cooperation to the police should they approach us.

Thank you for your kind understanding and we look forward to providing you with better travelling experiences.

Should you require further clarification regarding this matter, please contact me at 1800 336 8900.

It is unclear what Tan wants from SMRT. He only wrote: “SMRT STAFF CHAIRMAN AND CEO IS NOT DOING ANYTHING I HAVE RECIEVED A EMAIL FROM SMRT AND GUESS WHAT FROM THE IRESPOSIBLE GROUP AND TEAM…BELOW IS THE EMAIL SMRT EMAILED”

Netizens responding to Tan’s post have criticised him for being “spoiled”: