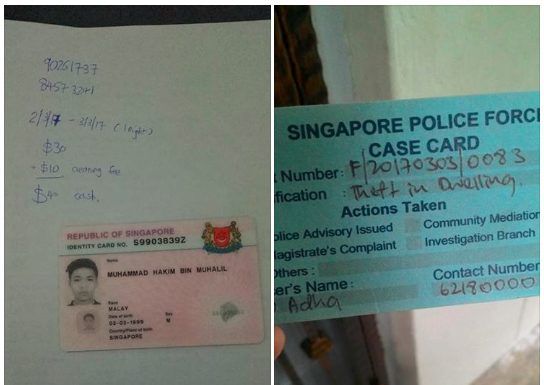 Facebook user Tony Keng Hong Tan said that a Malay man and his pregnant girlfriend stole from him to repay his kindness of opening his home to them. Tony said that he responded to the couple’s plight after he saw their advertisement in Gumtree. The couple claimed that they had a quarrel with their family members and had nowhere else to go.

The couple left Tony’s apartment at 5am in the morning with his keys as well as all the cash and the EZLink card in his wallet. Tony said that he has made a police report.