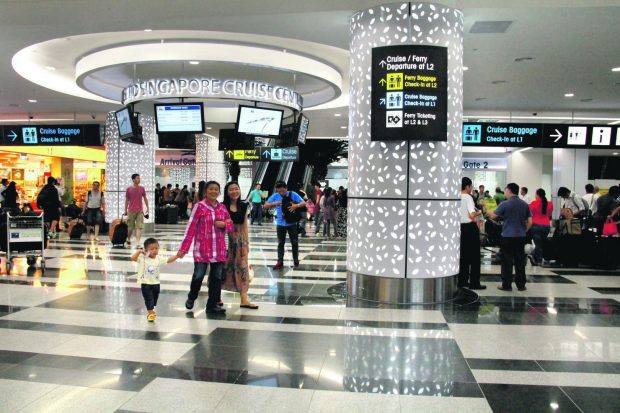 Facebook user Wu Yuanquan reviewed Immigrations and Checkpoints Authority (ICA) saying that one of its officers passed a snide remark about his sister-in-law when she came to Singapore from Batam. it is unclear when the incident happened, but the user said that his sister-in-law is from China and does not understand any English.

The man who described the officer as a Malay woman said that he was offended that she said, “simple English also don’t understand,” to a colleague as he was walking towards the counter to help him sister-in-law.

He wanted to take down her name but she told him to enquire at the office if he wanted her name. He eventually lodged a report with the ICA office, but declined to escalate the matter to a higher officer as he was rushing for time.

The user wondered if this was how ICA officers treated all tourists who don;t understand English.

Just in case you are not able to read the user’s review, this is what he said:

“My wife, sister in law and me just came back from batam, my sister in law is from china and she do not understand English at all… She was at this passport checking counter which was mend by this malay lady who was plump in size… They were unable to communicate due to language barrier, which i then proceeded over to help… While i was walking towards them, the malay lady that passed this rude remark to her collegue… “Simple english also don’t understand” in a very sarcastic manner… I am very upset with this and wanted to take down her name… And guess what? “You want my name, go to the office lo”… Is this how people working for government be passing a remark like this? Yes my sis in law don’t understand simple english, but is it a crime for not understanding english? Should someone who can pass this kind of sarcastic remark be working for the ica? Is this how tourists who don’t understand english be treated like this by our ica people? I managed to talked to 1 of the supervisor which he said will investigate, and asked if i want to speak to a higher authority, which i declined as i am rushing for time… ICA, i hope you can give me a response on this…”Follow us on Social Media