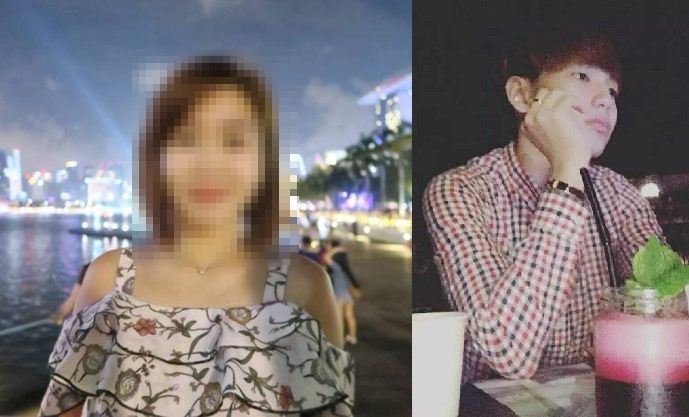 A #metoo story by a Singapore man has been circulating online and has divided netizens as to whether the story is real or whether it is a parody of the #metoo story by a Republic Polytechnic graduate, Terra Lim, that went viral earlier this week.

Sharing a photo of himself, the man – Facebook user Jeremy Tan – claimed that he has been raped and sexually harassed by multiple women, since he was 14 years old. Expressing his support for Lim, who claimed she was “raped” by her ex-boyfriend while they were fooling around in his bedroom, Tan shared his own tale:

“I’m a victim of rape and sexual harassment by people.

“When I was 14 I was pushed into a corner in school and forcefully kissed by a senior in my school who admire me for very long. She pushed her body against me. I never been kissed before and I thought that is a normal reaction. She would send me nude photo of herself. Lots of girls did it too.

“At 18 I was raped. I had never had sex before and it was at my friend place by my female friend at that time and it hurt so much I cried whole night. She didn’t ask for my consent, she didn’t apologise either. She manipulated me into thinking I had to do it out of love. She showed me my family photo and say she would hurt 1 of them if I misbehaved. I sat at her family dining table for dinner feeling dirty and literally heartbroken. I blamed myself for years, believing girls when she told me I had wanted it.

“At 19, I tried to kill myself and gotten myself into the hospital after that the same girl who admire me climbed into my hospital bed while I was trying to sleep and tried to stick her hand inside my pants, telling me I wanted it, but not asking it either first. One day she bought me over to meet her mum at a restaurant but her hand just can’t stop touching me under the table then dragged me to the stairwell to forcefully kiss me and then she force open my pants on her knee and sucked my dick in my face while I cried.

“At 20 I started drinking every night to numb myself because I don’t know who to share my story with. I remember that I always visit club and bar often at my age myself. One night I was drinking and chilling myself and there’s this beautiful lady looking at me so I thought it was normal because it happen often. I was a bit high at that time I went to the toilet without knowing she actually followed me into the toilet area and she pushed me into the handicaps toilet holding a nail clipper saying she would hurt me if I make any noise. I do as she said. She say she just wanna have fun with me because I looked so cute and lonely without having any girls around so she wanna take this opportunity to know me better. She started taking off her clothes and forced me to have sex with her while I cried.”

Interestingly, Tan’s next few paragraphs appear to have been lifted directly from Lim’s viral blog post with minor alterations, leading netizens to believe that Tan’s story is just an elaborate parody of Lim’s post. Tan wrote:

“So what I’m trying to say here is… Rape is not always how they show it on TV. Growing up, watching Channel 8 dramas, the media always showed Rape as men dragging women into dark alleys and stripping them and raping them.

“Or its men pinning women down on the beds, stripping and forcing sex on them.

“Media always showed Rape as violent. Those women were always struggling and screaming for help. It does happen, but Rape can happen behind closed doors without any physical struggles… as it happened to me.

“So here’s my piece and support of the #MeToo movement, because I am a victim. I am a survivor. Because the time is up and this shouldn’t be happening, ANY MORE. I hope by speaking up about my experience, it will give other victims the courage to speak up and call out their abuser.

“I’m also thankful for all the gentlemen who were brave enough throughout this movement to speak up about their own experiences, which in turn gave me the courage to do this

“I know exactly how u feel @terralim”

This is almost exactly word-for-word what Lim wrote:

Netizens have had mixed reactions about Tan’s post, which has been trending with over 300 shares so far. Some social media users have thanked Tan for sharing his story while others see it as an obvious mockery of the viral #metoo story: