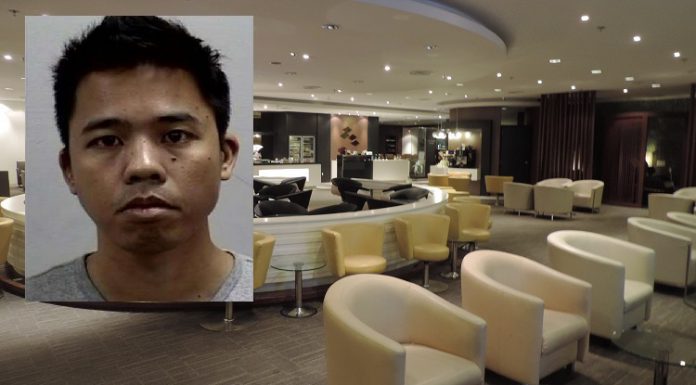 In a bizzare case, a jobless Malaysian man who missed his flight back to Kuala Lumpur and then decided to stay in Changi airport for the next 18 days was jailed for 2 weeks’ yesterday (17 Sep) for 3 counts of fogery after he had doctored passes to access various lounges.

32 year-old Raejali Buntut had a 7.05am flight on 21 Aug and had checked into the Plaza Premium Lounge at around midnight the day before. However, he woke up late and missed his flight.

For unknown reasons, he decided to continue staying at the airport.

Using his laptop, he downloaded mobile boarding passes from the internet and used an image editing software to alter them. In total, he had 31 forged passes and entered a 9 different lounges.

He managed to stay until 7 Sep when a staff at the Dnata Lounge at Terminal 1 recognised him from a few days earlier and called the police, who nabbeed Raejali the following day.

For forgery, he could have been jailed for four years and fined per charge.