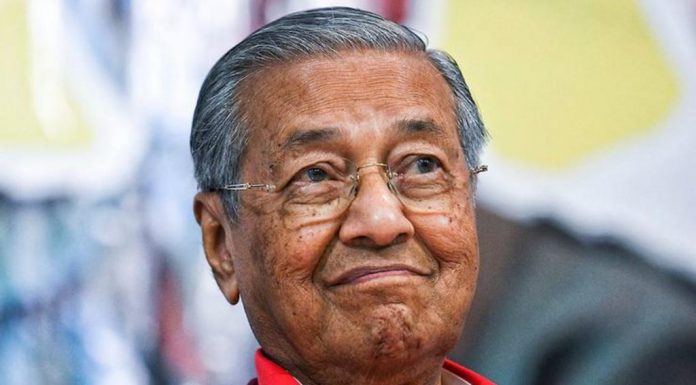 A report released this week shows that 100 days after GE14 in Malaysia, the PM’s approval rating is at 71%, the government 67% and the surprise highest rating of the deputy PMDr Wan Azizah, who recorded 75% satisfaction.

This came after reports that Dr Mahathir Mohamad admitted in private the Pakatan Harapan opposition made a number of electoral promises not knowing it was going to win the elections.

Dr Mahathir apparently conceded that Pakatan Harapan made too many election promises indeed.

But he justified these promises on the basis it didn’t expect to win in the 14th general election, said Malaysiakini.

The Pakatan chairman told a gathering of Pakatan and Parti Warisan Sabah MPs that this was why the new administration was facing a tough time meeting its manifesto pledges.

He also said that there was a possibility of a backlash.

“Actually we did not expect to win, we made a thick manifesto with all kinds of promises…

“We need to make sacrifices to fulfil our promises. If we can’t fulfil them, we will need a good reason that is acceptable to the people.

“If we fail to deliver on our promises, the Opposition will use it against us and we may be defeated” in the next general election Dr Mahathir said.

But his concerns were diluted with the Merdeka Center’s report on the PH first 100 days in power.

Two-thirds of Malaysian voters polled gave the Pakatan Harapan federal government positive ratings in a survey carried out to mark one hundred days after the 14th general election.

It should be noted that the ratings were attained on the support of 79% ethnic Chinese voters, 89% ethnic Indian voters, 62% Sabah and Sarawak bumiputera, and 58% Malay voters.

The same survey also saw 71% of voters reporting as satisfied towards the performance of Dr Mahathir Mohamed as the country’s Prime Minister.

It should be noted that he also gained high approval from among civil servants at 81%, and voters under 40 years old at about 73%.

Merdeka Center notes that there is a return to reality by some people with dissipating euphoria and the natural friction as expectations encounter reality.

Nonetheless, the present positive numbers underpin the general satisfaction expressed by voters on the performance of the new government on a number of issues since taking power in May 2018.

Some strong positive indications include: • 55% of voters believe that the country is now headed in the right direction, compared to 38% in April 2018.

About 60% of voters express satisfaction in the way the government is managing the economy now, up from 34% in April 2018 and 56% of voters are optimistic about the prospects of the national economy compared to 31% in April 2018.

And 56% of voters were satisfied with the overall performance of the PH government in fulfilling their election promises to date.

But only 48% was satisfied with the government on how it intends to grow the economy, and only 41% were satisfied with measures to address the cost of living pressures while 55% were dissatisfied.

The economy remains top voter concern As had been the case in the past, the state of the economy is the topmost concern among voters, reported by 64% of those surveyed.