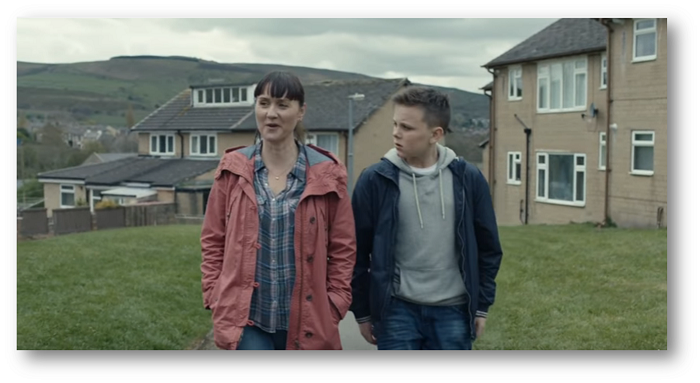 It is not a good idea to exploit children’s pain to promote your product. That was what fast food chain MacDonald’s found out after its ad was broadcast in the United Kingdom.

The ad, which was supposed to run for several weeks, has now been yanked, after the public and child bereavement groups criticised it for being insensitive, offensive and exploitative.

MacDonald’s UK has since apologised for the ad.

“We apologise for any upset this advert has caused,” the restaurant said in a statement. “This was by no means an intention of ours.”

The commercial, the company said, was supposed to “highlight the role McDonald’s has played in our customers’ everyday lives – both in good and difficult times.”

MacDonald’s has since said it is pulling the ad from all media.

A spokesperson said, “We will also review our creative process to ensure this situation never occurs again.”

In the ad, a boy queries his mother about who his late father was, and the mother reminisces as he two of them stroll to what turned out to eventually be a MacDonald’s outlet. The mother recalls the habits and preferences of her late husband, which turn out to be quite different from the boy’s, leaving to wonder if his father was unlike him.

When they finally sit down in the MacDonald’s restaurant and the boy is about to bite into a Fillet-o-Fish burger, however, the mother finally says, “That was your dad’s favourite too.”

Bereavement organisations said they received “countless calls” from parents saying their bereaved children had been upset by the advert, the BBC reported.

Sarah Fox’s husband died two years ago. The 37-year-old from London said her seven-year-old son, who saw the advert, had only just started to understand the implications of his loss.

She said: “The advert was confusing for him and really upset him. He asked me why the boy on TV wasn’t ‘sad’ and how he could feel happy again?

“It’s an unnecessary subject to exploit for the gain of a brand.”

Dr Shelley Gilbert, founder and president of Grief Encounter, said: “McDonald’s have attempted to speak to their audience via an emotionally driven TV campaign.

“However, what they have done is exploit childhood bereavement as a way to connect with young people and surviving parents alike – unsuccessfully.

“We fully support children and surviving parents remembering loved ones with memory boxes, family experiences which remind them of happier times and openly talking about the member of the family that has died.

“But trying to insinuate that a brand can cure all ills with one meal is insensitive and shouldn’t be a way to show that a brand recognises ‘the big moments in life’.”