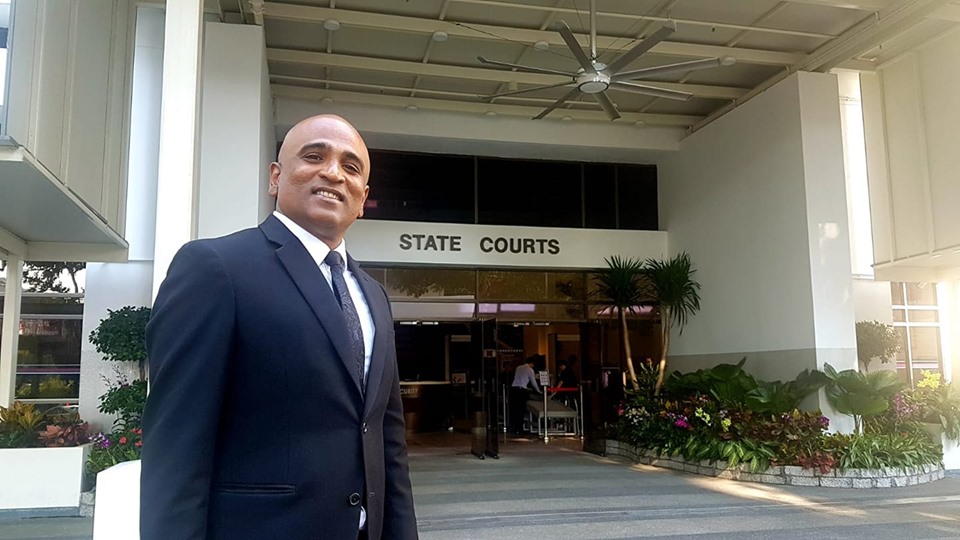 Human Rights lawyer M Ravi said in his Facebook that he has received his Singapore Law Practising Certificate from the Supreme Court Registrar today (5 Jul). Mr Ravi has been suspended since Oct 2016 for by a Court of Three Judges for his mental condition for acting “deplorably in relation to the judiciary, his clients and the profession as a whole.”

Mr Ravi who joined law firm Carson Law Chambers as a non-practising lawyer recently, has also been working on his international human law rights matters, giving talks and training sessions to lawyers and parliamentarians, giving press interviews and travelling and networking in the region and internationally.

5th July 2019 – A truly remarkable day which will stay etched in my memory. After 4 years of being a non-practising…

In thanking the Law Society and the Attorney General’s Chambers for being supportive of his application, Mr Ravi said that he was also grateful to everyone who stood by him while he was suspended.

Mr Ravi recently launched his personal website, and has said that he will also launch a video channel soon to educate the public on pertinent legal issues of public interest.Follow us on Social Media