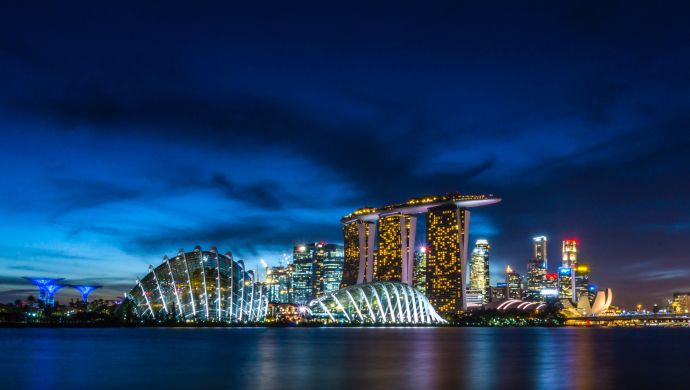 The index measuring luxury home price across various major cities appears to be hitting a high plateau, Savills said. Among cities that continued to see prime residential values rise throughout 2018, only Paris saw the pace of luxury home price growth increase between July and December.

At the same time, across the cities where values fell last year, there is evidence of markets bottoming out.  The rate of price falls slowed in the second half of the year, pointing to a future steadier growth trend.  Only New York saw steeper falls in the second half of the year than in the first, as a surplus of new high end developments suppressed prices across the market, while in Dubai falls continued to fall at a steady rate across the year.

The index rose by just 2.3 per cent across 2018 as a whole, slowing to a marginal 0.4 per cent in the second half of the year.  This compares to annual growth of 3.3 per cent in 2017. Rental growth also slowed across the index, leaving average world city yields for prime residential assets at a 10-year low of just 3.2 per cent.

“Prime residential real estate values are settling into a pattern of slower, steadier price growth and we do not expect to see a repeat of the double-digit annual price growth seen pre GFC,” said Sophie Chick, director, Savills world research.

“Back in 2007, spiralling global wealth generation and competition for trophy assets in established and emerging world cities, saw our prime sales index rise by 15.4 per cent in the year.  But while growth is now expected to slow, we expect the search for security of tenure and title in cities where the world’s high net worth individuals wish to live and do business, to underpin values.”

What are the major drivers?

The city by city stories in luxury home price growth:

Beyond the weakening Big Apple story, the major themes across the index are of cooling measures taking the heat out of price growth, the Brexit story stalling the London market and boosting demand for lower value mainland European cities, and the continued rise of West Coast city tech economies.

Berlin was the biggest riser in the index, with annual price growth of 9.0 per cent.  Paris (+4.5%) and Madrid (+4.3%) also continued to see growth, in contrast to London which slipped -2.7 per cent. Values in the UK capital, where falls slowed to just -0.7 per cent in the second half of the year, now appear to be bottoming out, assuming an orderly Brexit.

Asia Pac cities Shanghai (+7.9%), Singapore (+7.7%), Hong Kong (+7.3%), Tokyo (5.7%) and Shenzhen (4.8%) were also among the strongest performers in luxury home price growth, but in all cases growth slowed dramatically over the year as cooling measures came into effect.

San Francisco (+6.9%) and Los Angeles (1.9%), both significantly cheaper than New York, also saw values rise.  However, while tech demand continues to drive price growth in stock-constrained San Francisco, concern over volatility in financial markets is putting the brakes on growth in Los Angeles.

The oil factor played out in Dubai and Moscow, which saw values fall by -4.6 per cent and -6.0 per cent respectively, while rents in both cities fell by around -8.0 per cent, reflecting weaker occupier demand, particularly in the Russian capital, where the pace of falls accelerated towards the year end.

“Without doubt, the world’s wealthy will continue to want to hold one or more world city prime residential properties as part of their investment portfolio, both as a store of wealth and as a base for work and leisure,” said Sophie Chick.

“But as cities reach maturity on the world stage there will be less potential for rocket-fuelled price growth and we expect prime residential markets to settle a more steady growth trend over the foreseeable future.

“There will be exceptions as new global cities emerge or economic conditions improve. In the short term, it’s the European cities that are likely to see the highest rates of price growth, benefitting from Brexit, lower prices and renewed confidence in markets like Spain.”

Currency conversions calculated using end of 2018 exchange rates from the Bank of England.

Are you planning to invest in private properties but ensure of funds availability for purchase? Don’t worry because iCompareLoan mortgage broker can set you up on a path that can get you a home loan in a quick and seamless manner.