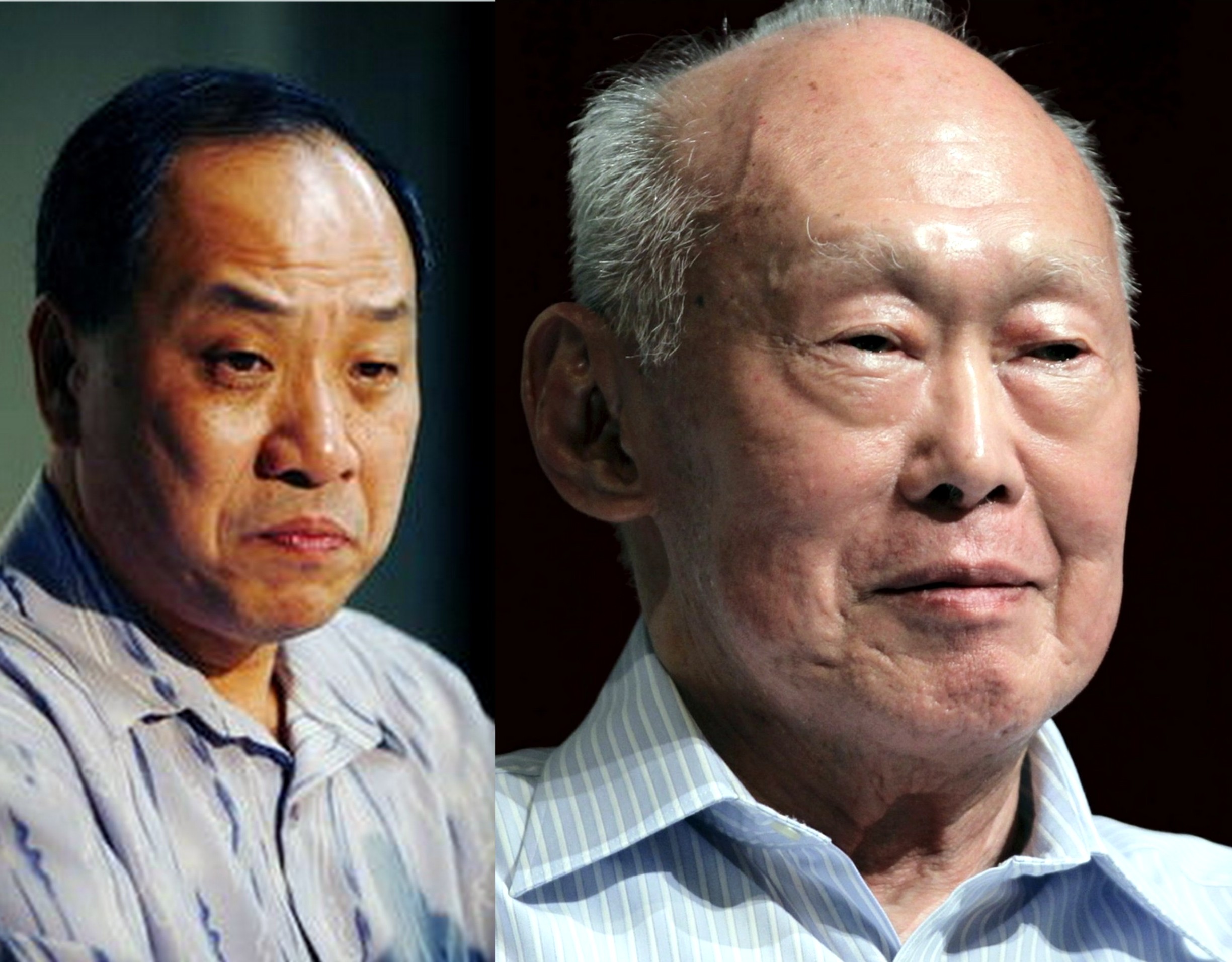 To drive home his point that Government policies must enable Singaporeans to chart their own paths without being dependent on a particular political party, or even the Government, the opposition leader conjured the words of no one less than Lee Kuan Yew.
“…we must not forget our foundational ideals enshrined in our national pledge – to build a democratic society based on justice and equality so as to achieve happiness, prosperity and progress.
Mr Lee Kuan Yew said “in 1966 my colleagues and I settled the words of our pledge. We did not focus on our navel or we would have missed that rainbow in the sky.”
Madam, no other nation in Asia has such lofty and progressive ideals, and it would be an injustice to the memory of our founding leaders and pioneer generation if we do not chase this ideal and keep focusing on the PAP navel instead.
Singapore needs to choose and make our own destiny, but we cannot depend on one political party or the government for charting and directing our path, if we are to be not just an exceptional, but an outstanding nation that is example to all in Asia.” – Mr Low Thia Khiang
Mr Low used the Government’s SkillsFuture programme as an anchor to drive home most of the points in his Message.
“I believe the government’s SkillsFuture programme contains the DNA for empowering confident Singaporeans,” he said, emphasising that “empowering Singaporeans’ future is something the Workers’ Party will fully agree with.”
The head honcho of the opposition party also called for the DNA embedded in SkillsFuture programme to be embedded in many other policy areas covering our schools, as well as small and medium enterprises.
“It would also be a terrible waste of synergy if SkillsFuture helps Singaporeans to be more enterprising but the lack of funding and business opportunities, as well as high operating costs continue to hamper the growth of SME sector,” Mr Low said.
“In the schools, we need to nurture the thirst for learning and to revamp the syllabus and assessment methods so that we won’t kill the natural curiosity of children. In the last few years, we have been discussing educational reforms in terms of reducing the stress on children,” he added.
Saying that good politics is not just about good policy and ensuring no gridlock, Mr Low pitched that the idea of good politics too is in the DNA of the SkillsFuture programme. Good politics he proposed, must be all inclusive, be nudging and not censoring, trust citizens to be independent, and should see value in the broadest sense.
Mr Low argued that it is too dangerous for a small country like Singapore for its political value to be narrowly construed and concentrated in one political party.
Pointing out that political parties cannot transform itself into a credible alternative party overnight, Mr Low asserted that “alternative parties are valuable because they are insurance to any collapse or failure of the existing ruling party”.
Suggesting that the growth of opposition parties is just as important for the future of Singapore as renewal of the People’s Action Party, the WP chief asked the Government to build such a conducive political system.
Mr Low warned against excessive fears of political gridlock, saying that such a fear “will lead to a society depending on only one political party, waiting for it to rot to the point of no return before any alternative party can be formed to take its place”.
—
Mr Low Thia Khiang’s Speech in full HERE.Follow us on Social Media