Lorry driver’s right arm is severed after accident in Tuas 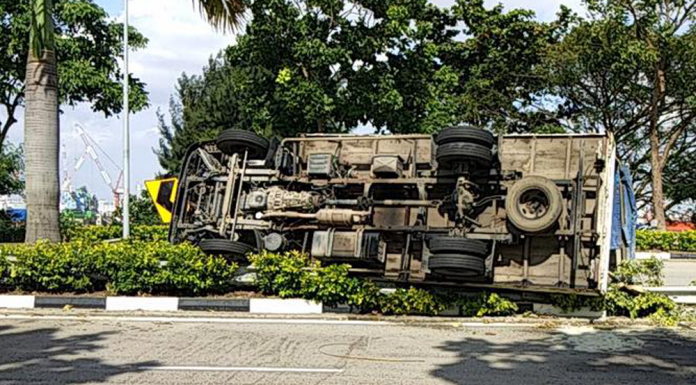 A 40-year-old lorry driver’s right arm was reportedly severed after an accident in Tuas on Monday afternoon.

Photos from the accident site that are circulating online show that the lorry is wrecked, with its windscreen completely shattered. Some items from the vehicle can also be seen strewn on the ground.

The Singapore Civil Defence Force reported that the National University Hospital was alerted to be on standby to receive the lorry driver who was unconscious as he was being conveyed to the hospital.

It is unclear what caused the crash. Police investigations are ongoing.