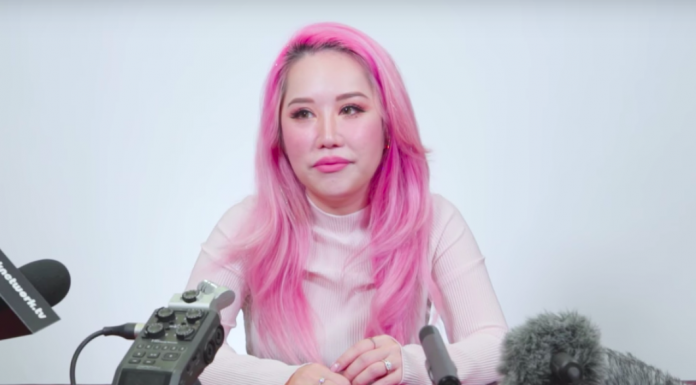 London Mayor Sadiq Khan has defended his decision to approve permits for a 20-foot-tall orange inflatable baby with the face of President Donald Trump. The inflatable will fly next to Britain’s Houses of Parliament at Parliament Square Gardens for 2 hours during the President’s visit to the city on Thursday.

The inflatable blimp dubbed the ‘Trump baby’ is the brainchild of the ‘Stop Trump’ campaign raised more than $21150 (£16,000) for it. The ‘Trump baby’ will be restricted from flying any higher than 100 feet in the air. and will be visible over Westminster’s iconic Parliament Square Gardens, but it will not be able to soar over the Big Ben clock tower, which stands at nearly 300 feet tall.

In an interview to Good Morning Britain, Khan told Piers Morgan why he supported the decision to allow the flying of a giant inflatable depicting President Trump as an angry, orange baby near Parliament during his visit to the UK.

London Mayor Sadiq Khan tells Piers Morgan why he supports the decision to allow the flying of a giant blimp depicting Donald J. Trump as an angry, orange baby near Parliament during his visit to the UK.Via Good Morning Britain

The mayor vigorously defended his decision saying it was not for him to “censor”. “My views are irrelevant. The issue is ‘Do they have freedom to protest, freedom to assemble and should they be allowed to do so?’,” he told Morgan.

“If it’s peaceful and it’s safe they should.”

When asked if Khan would have endorsed a giant black baby inflatable of former president Barack Obama in protest during his presidency, or an image depicting Mr Khan as a pig despite that being offensive to Muslims; Khan said: “If it’s peaceful and if it’s safe. Look, I can’t be the censor. It’s not for me to decide what’s in good taste or bad taste.”

Many Britons have criticized the mayor’s decision to approve the ‘Trump baby’ protest.

Thelma Conlan responding to ITV News report of the interview on its Facebook said: He shouldn’t have the job. He is a government official, yet he gave the go ahead to insult an invited head of state to this country. He insults the Queen who invited him, he insults the British public as we are known for our good manners those which he lacks.

Sharon Jaworski: I don’t believe him it wouldn’t be up there long before they were made to take it down if it was of him, it is wrong and should not happen its an insult to President Trump and America.

Chris Morgan: Who actually voted for this weak and feeble Mayor. He is an embarrassment not only to London but the rest of the UK.

Chris Wilkes: I am no way a fan of Mr Trump! But it’s a disgrace for our London Mayor to allow this display of an insult to a visiting head of state to our country, he should be replaced.

Marjorie Gines: Well said Piers couldn’t of put it better myself. How on earth did he get the job of Lord Mayor in our English capital London. We should get rid of him and all his followers.

The ‘Stop Trump’ campaign expects to draw 50,000 protesters to central London to campaign against Trump during his official visit to the United Kingdom (UK). Demonstrators will make their way through the city on the “Stop Trump” march before a large rally takes place in Trafalgar Square.

The organisers have described the protest as part of a “carnival of resistance” taking place across the UK in response to the US president’s visit. A leading activist of the ‘Stop Trump’ campaign described the “Trump baby’ as an “obscene mutant clone of the president” which will “hold up a huge mirror of truth” to the world.

The President’s schedule will keep him largely out of central London and it is unlikely that he will come close enough to Westminster to see the ‘Trump baby’.Follow us on Social Media