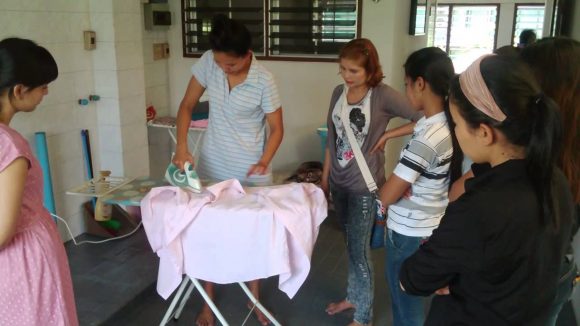 If Indonesia does what it says it will do, Singapore may have to rewrite its laws if it wants to continue receiving domestic workers from that country. Indonesia is seeking an end to its citizens working as live-in maids abroad. The country’s Government wants to ensure that its workers who go abroad to do domestic chores live separately from their employers in dormitories, work regular hours and get public holidays and days off.
The new policy is part of Indonesian President Joko Widodo’s plan to allay concerns about domestic workers being mistreated abroad. The authorities believe that this roadmap, first announced in 2012, will professionalise the informal employment sector. Indonesia is the biggest source country for maids in Singapore, with around 125,000 working here.
HOME, an advocacy group for migrant workers in Singapore, has welcomed the announcement by the Indonesian authorities. Mr Jolovan Wham writing about the impending changes in his Facebook said that the announcement “that the Indonesian government wants live out options, public holidays and overtime pay for domestic workers is something HOME has been fighting for.”
“It is a positive development in our decade long advocacy for equal rights for domestic workers,” he added.Follow us on Social Media