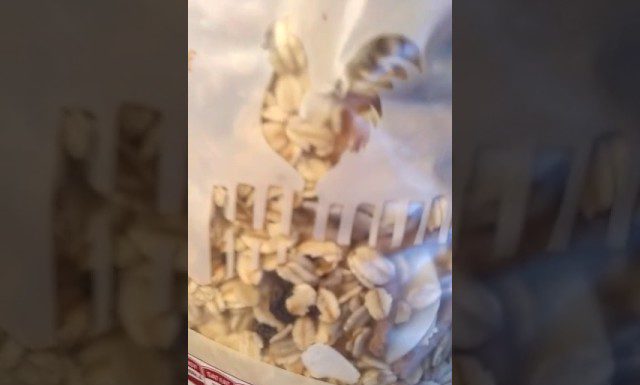 While making his morning coffee on 12 June, Wilson noticed something moving in his peripheral vision. When he investigated, he found a maggot moving about in the Muesli packet which his brother Kris had bought from Cold Storage a few days before. 15 minutes later, Wilson discovered that there were at least 2 live maggots in the packet.

Kris brought the packet back to the supermarket where he was given a refund. Representatives from the Cold Storage outlet reportedly told Kris that they have reported the matter to their Food Safety Department.Follow us on Social Media