Lien Foundation Paper says seniors should not spend their last years without privacy, dignity, and purpose 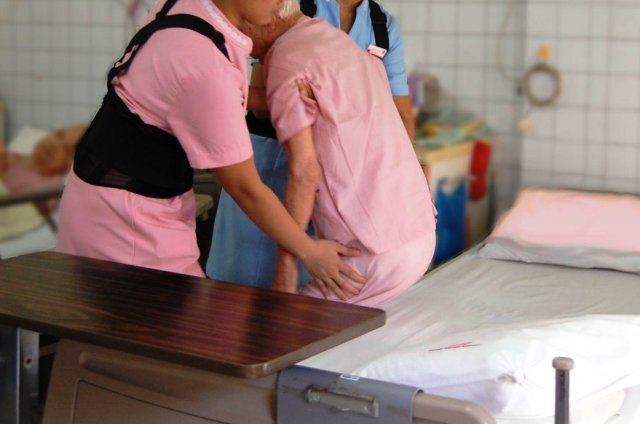 The following is an excerpt of a Paper by Lien Foundation titled, ‘Study underscores need for a new narrative for nursing homes‘.

—
At a time when the Government has rightly been pushing for aged-care at home where possible, the study throws up many surprising findings:

 Despite a 30 per cent increase in capacity since 2010, Singapore still has fewer nursing home beds per older folk aged 65 and above than it did at the turn of the century in 2000.

 Many residents stay in nursing homes for years, not because of heavy nursing needs, but because there is no one to care for them at home. In fact, one study of six homes showed that 15 per cent of residents lived at the homes for a decade or more. The longest-staying current resident among the homes interviewed for this report has stayed in a nursing home for 27 years. By contrast, the average length of stay for patients aged 65 and above in public hospitals was 8.2 days.

 In some homes, a single care worker must look after 20 to 30 residents at night. Up to 85 per cent of staff are foreigners. Their starting pay can be as low as $350-$400, excluding food and accommodation, less than what many domestic workers get these days. In some cases, the foreign worker levy the nursing homes pay the Government is higher than worker salaries.

 Some residents still live in dorm-style accommodation where more than 20 people share a room, although newer homes have six- to eight-bedded dorms. Japan, which has the highest proportion of older folk in the world, stopped building such dorms 40 years ago.

 Complaints to the Ministry of Health remain low and surveys conducted by the Agency for Integrated Care show nine in 10 are satisfied with nursing home services. However, many residents continue to live in clinical, regimented conditions. Some homes focus too much on health and safety and not enough on the social and emotional needs of residents.

 Singapore has roughly the same number of hospital and nursing home beds. Yet,despite a significant increase in spending in recent years, nursing homes still account for less than four per cent of the Ministry of Health’s budget.

 Although Singapore’s residential property market is awash with choices, there are hardly any affordable types of long-term residential aged care for the elderly, with nursing homes being the long-standing default option for those who cannot be cared for at home. Assisted living facilities are almost non-existent.

 For instance, even if 95 per cent of the elderly live and die at home, Singapore might need nearly 50,000 alternative senior living options by 2030.