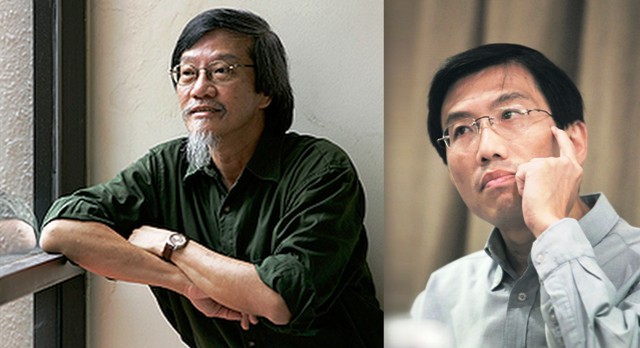 Anthony Yeo was a Singaporean counsellor, hailed as Singapore’s “father of counselling” for his pioneering role in the profession’s development in Singapore. He died in the year 2009.
A year before he died, Mr Yeo wrote a very thoughtful piece to rebut an article by the Straits Times’ (ST) political editor Chua Lee Hoong. He described her write-up as an “unwarranted scathing attempt at character assassination of the most uncharitable kind.”
We republish his letter condemning ST’s wrongful characterisation of SDP’s Chee Soon Juan as a psychopath here.
—
Character assassination of the most uncharitable kind
Morning Chua Lee Hoong,

I cannot deny how appalled I was reading your article on Chee Soon Juan (ST June 7).
It appears to be an unwarranted scathing attempt at character assassination of the most uncharitable kind.
This attack culminated in your amateurish attempt at offering a diagnosis of his personality that is flawed in all ways as a diagnosis of personality disorder requires a fuller expose of that which constitutes a disorder.
MM Lee Kuan Yew decided to engage in such denigration of Chee Soon Juan on more than one occasion. His name calling of him as being a psychopath reflects his ignorance as to what a psychopath is.
In any case, such labelling with psychological nomenclature merely exposes his truncated understanding of what a psychopath is, of which Chee does not in any way qualify.
This goes for you as well in your rather denigrating, demeaning and dismissive description of Chee..
You have chosen to highlight whatever you consider to be flaws in his approach and even worse, his character.
And yet, those of us who know him and have worked in some ways with him know otherwise.
I do wonder if you would do yourself, and the public for whom you wrote that article, a favour by embarking on a careful research of everything else he stands for and all that he has been doing without fanfare and publicity. And having done that, would you then have the integrity to offer another perspective of him, another “truth”, that you have so carefully sought to present in your article.
I would have thought there could be a little more charity in commenting on Chee rather than indulge in augmenting the already prejudicial opinions of this man.
One would have thought that any person regardless of what he does deserves respect and regard for human worth and dignity.
In any case, if you do wish to be better acquainted with what would present as an anti-social disorder, I would gladly assist on the basis of my more than 36 years of psychological work with disturbed people.