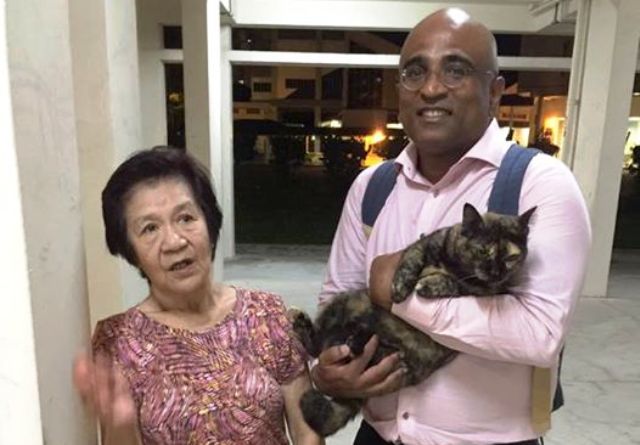 Human rights advocate M Ravi shared in his Facebook that a neighbourhood cat he was contemplating to adopt had been brutally killed. In late December, Mr Ravi had highlighted that the cat may very well be the last such cat in Bishan and that its life may be in danger because of the practice of curbing the pigeon population in the area (poisoned bread which is used to curb pigeon population is often eaten by other animals as well).

Mr Ravi shared yesterday that he was heartbroken by the cat’s death. He had even named the cat Ricco. The cat had lived in the neighbourhood for over 7 years. The killer pulled out Ricco’s nails and strew them across the floor in killing it.

Mr Ravi vowed that he is not going to let the culprit go. He also intends to challenge HDB’s rule which prevents HDB flat owners from adopting cats.