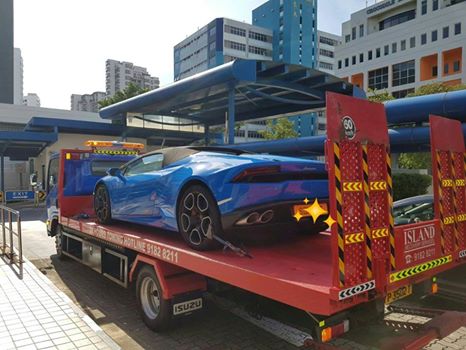 Police have arrested the driver of a speeding blue Lamborghini Huracán caught on camera cutting lanes recklessly on Oct 1. The Police said that a 45-year-old man was arrested for dangerous driving. The incident is believed to have happened at East Coast Parkway and was captured by a dashcam.

It is unclear if the suspect is the owner of the supercar, but Beh Chia Lor, a Facebook Page dedicated to shaming errant drivers and reckless driving in Singapore suggested that the man was arrested yesterday (11 Oct).

Facebook user Heng See Meng first posted a video of the speeding luxury car on 2 Oct. it is believed that at least one police report was lodged against the diver of the car.

The video shared by the user showed the blue Lamborghini Huracán whizzing through a narrow gap between two cars.