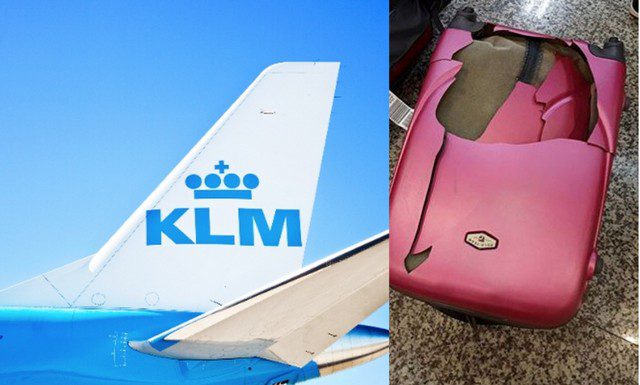 Facebook user Xiang Ying shared that KLM offered her $15 as goodwill gesture for crushed baggage. Xiang Ying said that the airlines initially promised to replace or compensate her within 24-hours, but failed to keep their promise. The airlines lack of proper action left her “helpless and stranded” said the user.

According to the user, a week after the non-response the airlines asked her to take back the crushed luggage so that they could conduct a thorough investigation. KLM also offered to pay her $15 as a gesture of goodwill.

Xiang Ying said that she was mused by KLM’s reply: “We hope this gesture of goodwill helps towards restoring your confidence in our airline”.

She advised others who may be considering the airlines: “Pray hard that your luggage reaches your destination in 1 piece, otherwise good luck to you KLM travellers.”

KLM left a series of comments on the user on the user’s post, none of which placated the passenger or her Facebook friends.