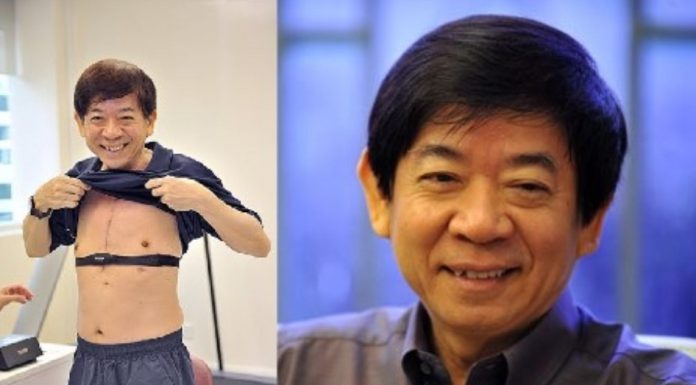 Transport Minister Khaw Boon Wan claimed this morning that building the upcoming MRT station “is something like open heart surgery.” Speaking to reporters during a visit to the station’s worksite this morning, Khaw said that the station – which is situated between Sembawang and Yishun stations on the North-South line – is on track to be completed by December next year.

Canberra station will give greater convenience to commuters living in surrounding estates like Sembawang Springs and new developments that are sprouting in Canberra, such as new HDB clusters and executive condominiums like Parc Life and SkyPark Residences.

The Land Transport Authority (LTA) expects another 17,000 households to benefit from the new station, which is already 55 per cent complete, given that it will be within a 10-minute walk away from their homes.

The Canberra MRT station project is a unique one since the station is being built on an existing line. The only MRT station that was added to an existing line in this manner was Dover station on the East-West Line. Because of this, LTA had to ensure that the safety of the North-South Line’s existing structures is not compromised and that disruptions to train services are minimised.

Remembering his own open heart surgery, Khaw compared the challenges of building the new station to the beating heart method in heart surgeries. He said:

“As you can imagine, such projects are not easy to do. Ages ago I had an open heart surgery and surgeon asked me there are two ways to do. One is a very traditional open-heart method … there’s another way which is you let the heart continue to beat and then you do the sewing while the heart is beating.

“And this (Canberra station) is something like open heart surgery. This is called the beating heart method. It can be done, but of course it’s very challenging.”

Khaw underwent heart bypass surgery in May 2010. His surgery was notable and made headlines when it was reported in October that year that the Minister paid only $8 in cash for the procedure, since his Medisave savings, Medishield and private Medishield-integrated Shield insurance covered most of the bill.

At the visit to the Canberra MRT station worksite this morning, Khaw also spoke about the upcoming Jurong Region Line – a new 24-km line consisting of 24 stations that will be open in three phases from 2026 onwards.

Noting that the new above-ground line will improve the resilience of the entire MRT network, Khaw said that line will help relieve and redistribute heavy train loading between Choa Chu Kang and Jurong East stations with two interchange stations within the new line being Choa Chu Kang and Boon Lay stations. LTA is also studying the possibility of extending the Jurong Region Line so that it can connect to the Circle Line.

The Jurong region, which was mostly swamps, jungles and fishing villages until the 1950s is now a blossoming economic and residential hub with about 300,000 residents and 400,000 workers. The new Jurong Region Line “marks a quantum leap” in the area, according to Khaw, who noted that the line will support the development of the Jurong Lake District into the largest commercial hub outside the Central Business District, besides helping develop the Jurong Innovation District.

Along with the upcoming Kuala Lumpur-Singapore High Speed Rail, the new MRT line will help achieve the Government’s vision for Jurong, according to Khaw. He said: “When all these plans come together, Jurong will be a water front business hub nestled in greenery, served by good public transport connections, as well as amenities to support active mobility.”Follow us on Social Media